Only in the Brobdingnagian world of radio telescopes could RadioAstron be considered something of a runt. 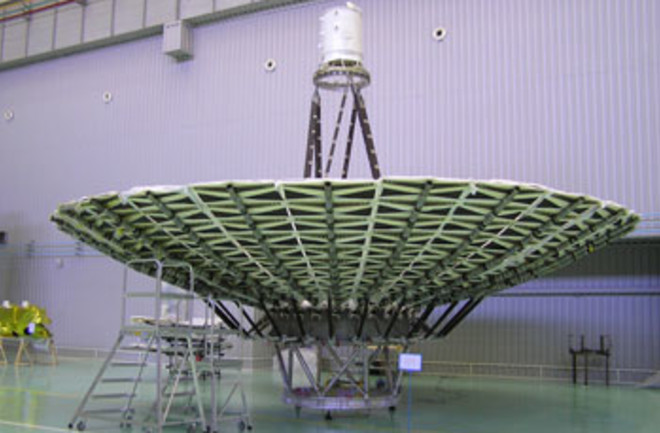 While the new Russian space observatory, RadioAstron, is only a thirtieth the size of the largest radio telescopes on Earth, it could reveal more about the universe than any of them.

How? It has better perspective. Russia launched the satellite on July 18 into an orbit that will stretch 200,000 miles from Earth. From this distance, more than 25 times the diameter of the planet, RadioAstron will claim the title of most powerful radio telescope ever created by virtue of something called Very Long Baseline Interferometry (VLBI). This technique combines disparate radio signals from distant telescopes to produce images of far greater resolution than what any one scope can manage. The bigger the baseline, or distance between telescopes, the higher the resolution. RadioAstron’s baseline will be more than 10 times as great as the previous longest, achieved by Japan’s VLBI Space Observatory Programme.

By January, astrophysicists will have synced RadioAstron to large radio telescopes, including the 980-foot Arecibo Observatory in Puerto Rico and the 330-foot Green Bank Telescope in West Virginia. This could allow scientists to peer into some of the more mysterious features of the cosmos, including event horizons—gravitational points of no return around black holes—and the blazing particle jets erupting from them. “The processes near a black hole that kick out radio emissions are basically unknown,” says Edward Fomalont, an astronomer at the National Radio Astronomy Observatory in Virginia. “A lot of radio astronomers are very excited.”

The telescope is more than just an astronomical wonder. Thirty years in the making, it is also the first observatory launched by Russia since the fall of the Soviet Union. In describing the moment RadioAstron unfurled its golden dish, Yuri Kovalev, a scientist at the Lebedev Physical Institute in Moscow, says, “I felt as if a great stone had fallen from my heart—pure happiness.”