Rumors of the LHC's Demise Have Been Greatly Exaggerated 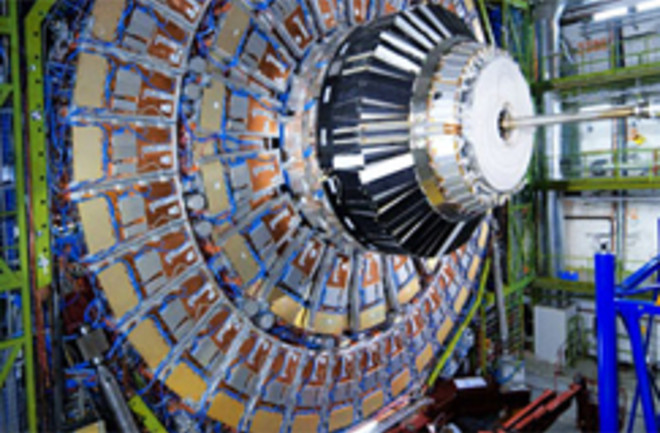 It sounded again today like the Large Hadron Collider—previously the victim of technical failure, hackers, and avian sabateurs—was cursed. The BBC reported that the world's largest particle collider would have to shut down at the end of 2011, possibly for an entire year, to address its mechanical problems, according to LHC director Steven Myers. The report states that

. Just one problem, though: While the information came out as another "LHC is broken" news break, Myers actually put forth the intended schedule more than a month ago. The LHC team

announced that it would actually extend the physics run through until December 2011, before shutting the accelerator down for a year. The only real delay here has been to the reporting of the story [The Times]

. Brian Cox, one of the project scientists, spent the morning tweeting up a storm in protest to the news handling of what he says is just a scheduled shutdown. (A typical tweet reads:

"For the very last time - the #lhc story is a pile of merde, as we say at CERN. Scheduled maintenance stops are not bloody news!")

The LHC will keep running until late next year at 7 trillion electron volts (TeV), as planned. The engineers will go in after that to carry out the planned maintenance on systems in the tunnel that have proven problematic so far; their improvements should allow the LHC to approach what was the goal from the start, doing physics at 14 TeV. In any case, the machine's upcoming resting time isn't an emergency shutdown.

Particle accelerators are regularly shut down for re-engineering. They are huge, complex instruments, and it's just impossible to run them full-time like a domestic boiler [The Times]