NASA veterans Nicole Stott and Cady Coleman ponder humanity’s future in space and the role women will play in it. 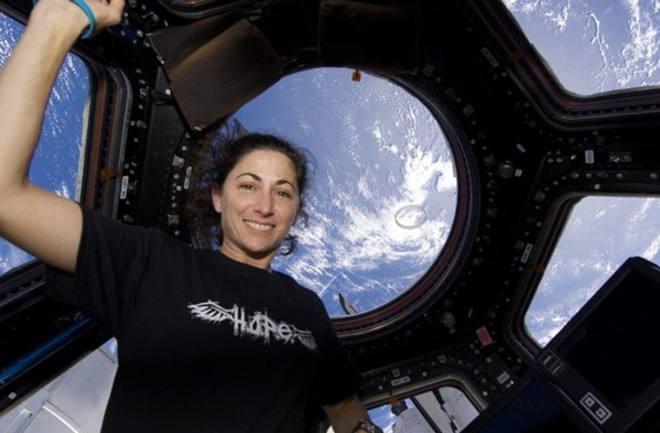 Saturday’s planned SpaceX Crew Dragon launch will mark the beginning of a new chapter in human spaceflight. For the first time, a private aerospace company will launch two NASA astronauts to the International Space Station (ISS). It’ll also be the first time Americans will launch from home turf since the end of the Space Shuttle Program in 2011.

SpaceX’s pioneering crewed mission will serve as a major milestone in the burgeoning era of private spaceflight. But this period will not be led by nations. Companies will pave the way. As private crewed launches become commonplace in the upcoming decades, more and more companies from around the world will push the technological horizon to explore our nearby cosmic neighborhood and beyond.

Hearkening back to the Apollo era of the 1960s and 1970s, the next decade is sure to be packed with many historic missions, including sending the first woman to the moon. So, unlike during the space race, women won’t be hidden behind the scenes. They’ll be on the front lines.

Astronomy spoke with retired NASA astronauts Nicole Stott and Cady Coleman to get their thoughts on the upcoming SpaceX launch, as well as what it means for women.

A New Generation of Spaceflight

People around the world are waiting with bated breath as Robert Behnken and Douglas Hurley prepare for Saturdays’ SpaceX launch — which got pushed back from Wednesday due to poor weather. When SpaceX’s Falcon 9 rocket, tipped with an occupied Crew Dragon capsule, lifts off from the historic Launch Complex 39A at Kennedy Space Center in Florida, space fans will all be hoping for a successful launch.

But for Stott, this mission has an even greater meaning.

“I am especially excited about the fact that Bob and Doug are two of my astronaut classmates from the class of 2000,” says Stott. “Their wives are [also] two of my classmates, so this feels like a family event happening.”

Stott went on two missions to the International Space Station during her 27-year career at NASA. She was also the last crew member to return home on the space shuttle Atlantis, which marked the temporary end of humans launched from within U.S. borders. But now, Stott’s excited all over again as she gets to follow her friends as they pioneer the next generation of spaceflight.

Coleman, who joined NASA in 1992, logged more than 179 days in space during her 24 years as an astronaut. But just like Stott, Coleman is looking forward to what using private spaceflight will mean long-term.

“It’s really exciting because we’ve spent time designing and building together, and now we’re going to see if everything works the way we hoped it would.”

If Saturday’s mission goes off without a hitch, NASA will finally have an affordable, reusable option to ferry NASA astronauts and their international colleagues to the ISS. This would free up funding and time to focus on other missions, such as the upcoming launch of the Perseverance Mars rover this summer, a moon landing in a few short years as part of the Artemis program, and an ambitious rotorcraft that hopes to fly just above the surface of Saturn’s largest moon Titan.

SpaceX isn’t going to be the only game in town for long, though. Boeing is also working on a spacecraft that can carry NASA astronauts to orbit. The company is close to passing their final un-crewed test before they can bring humans into low Earth orbit. And once they pass, Boeing and SpaceX will continue to shuttle astronauts back and forth, expanding the research and science output of the ISS.

The Future of Women in Space

When NASA unveiled their plans for the Artemis program, they knew they were paying homage to the former Apollo program. After all, Artemis is the twin sister of Apollo in Greek mythology. This name, though, also hints that the next lunar landing will feature the first woman to walk on the surface of the moon.

NASA has promised that at least one of the astronauts returning to the moon will be a woman, but Stott has another idea.

Women have always been a part of NASA but were usually kept behind the scenes. In recent decades, women took on larger roles as astronauts; however, it wasn’t until 2019 that the world saw the first all-female spacewalk.

And the journey to this point wasn’t simple. Valentina Tereshkova, a Russian female cosmonaut, crossed the boundary of space in 1963. But it would take until 1983 before Americans finally sent astronaut Sally Ride into orbit.

Now women serve at many high-level roles at NASA and are part of almost every mission on the ISS. “The rocket ship doesn’t care if you’re a boy or a girl,” Stott says.

While there may not be any women on Saturday’s planned mission, there are a number of women working to make sure this launch goes smoothly. Plus, astronaut Nicole Mann has been assigned to the flight team of Boeing’s first crewed mission to the ISS, planned for later in 2020.

“I think that NASA, in general, has done a really good job since women have been a part of the office of incorporating and assigning women to the missions,” says Stott.

This next decade will showcase the wonders of human innovation, as well as highlight what working together can achieve. During it, humanity will see the next generation of moonwalkers, as well as the development of a new wave of technology that will help us better explore our cosmic neighborhood.

You can watch the historic launch, called “Launch America” on National Geographic or ABC on Saturday, May 30. You can also livestream the event directly below, courtesy of NASA TV.