Reflecting on decades of exoplanets 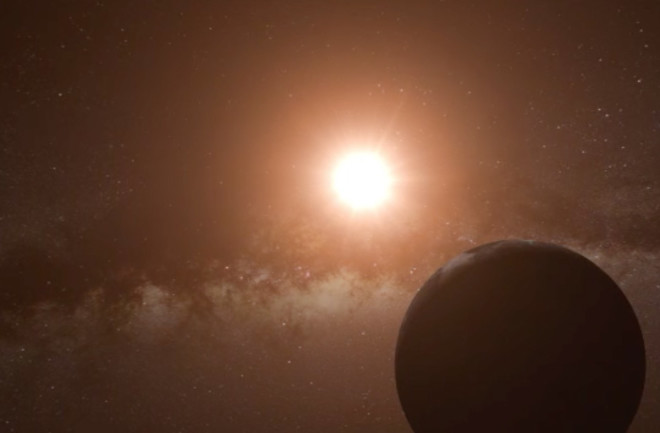 This artistic representation shows the exoplanet Proxima b, which looks intriguingly Earth-like here, orbiting its red host star. (Credit: ESO/L. Calçada/Nick Risinger) Three decades ago, the only planets that we had ever seen were those in our solar system. Then two decades ago, humankind knew of a dozen planets orbiting stars other than the Sun. These types of worlds became known as exoplanets. At that time, I was in high school and I was already hooked on the universe and astronomy, but the idea of finding new worlds outside of our home solar system was an intriguing draw to study physics and astronomy. Ultimately, I didn’t continue down the exoplanet astronomy PhD path as a career. That’s partly because I found my way into cosmology, galactic astronomy, learning about how stars evolve and die, in addition to all the other objects in our solar system. I didn’t have to choose one path. Instead, I now get a tasting of each subject in astronomy because I write about all of these. But of course, excitement of new worlds outside of our solar system never went away. Now we know of 3,518 worlds (or 3,375 worlds, depending on which reference source you prefer) outside our solar system, and the tally constantly rises. We’ve found planets larger than Jupiter orbiting their stars closer than Mercury orbits the Sun and a planet with three host stars. We’ve imaged planets still glowing from the heat of formation, and watched as exoplanets vacuum material along their orbits to etch circular paths in the dust disks around their stars. We’ve found planets around the dense leftovers of once-Sun-like stars. We’ve found rocky planets with seething hot surfaces, ice-cold gaseous planets so far away from their host stars that we can’t figure out how they got there, and everything in between. But none of those worlds have been quite as exciting of the discovery announced last week, that astronomers found a planet circling the star next door. Now we have a system close enough to send robotic explorers (although, it would take a while time to get there), and close enough to have a shot at observing with the next generation of telescopes. In the enormous universe — where our home galaxy is 120,000 light-years wide, the next nearest large galaxy is millions of light-years away, and the cosmos holds billions of galaxies — the star only 4.2 light-years from us hosts a planet. And this planet, Proxima b, orbits its small, cool, red star at the right distance that the temperature could keep surface water in liquid form. Of course, we have no clue if this exoplanet has water, an atmosphere, or even if it’s rocky like Earth. But so far, scientists know enough about it to make them pretty excited about learning more about Proxima b. We’ve come a long way in the couple decades since discovering the first planet orbiting another star. SaveSave