After decades of government dominance, private companies are poised to lead the next phase of space exploration. 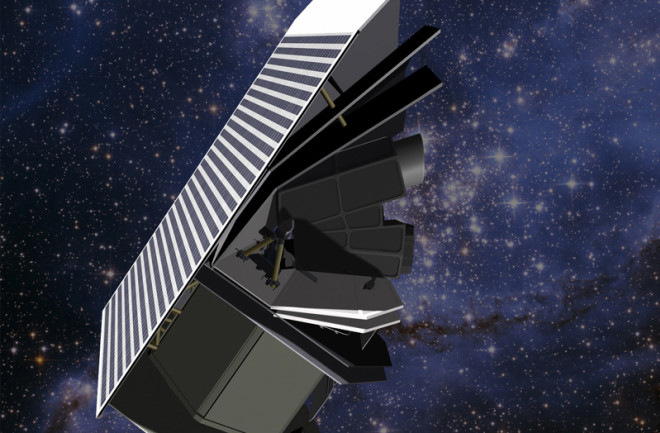 B612's Sentinel will hunt for space rocks that could cross our path. (Credit: Ball Aerospace)

“That’s one small step for a Dutch nonprofit foundation, one giant leap for mankind.”

It really doesn’t match the old Apollo poetry, does it? But that mouthful of a sentence may capture the spirit of the next era of space exploration just as powerfully as Neil Armstrong’s first utterance from the surface of the moon did for the space race of the 1960s.

While NASA recently announced a new deal with Boeing and SpaceX for local taxi service to space, a new breed of explorers hopes to venture beyond Earth orbit — to reclaim the moon, to scout for dangerous asteroids, perhaps even to put the first human footprints on another planet. They have wildly diverse motivations and goals, but they share one critical factor: All of their projects rely on private money, not government funding, to carry forward the human journey into the universe.

One of the most prominent of the new space entrepreneurs is Bas Lansdorp, the co-founder and CEO of Mars One, the Dutch nonprofit. He is a media magnet because of his outrageous plan: start sending humans to Mars in 2025. On a one-way trip. Financed by selling the media rights as a kind of interplanetary reality show.

Mars One’s initial call for crew reportedly received 200,000 responses; the company is evaluating 705 semifinalists. That response echoes the call by Elon Musk, founder of SpaceX, for a million Mars homesteaders. Based on the scope of Mars One’s plans, I was braced for a conversation full of ego and swagger. Instead I found Lansdorp thoughtful and logical, if predictably cagey regarding some details. His Mars One strategy begins not with shooting astronauts off into the unknown, but with the 2018 launch of an unmanned lander.

The probe will use the same proven structure as NASA’s recent Mars Phoenix and upcoming Mars InSight probes, as well as the same contractor, Lockheed Martin. Lansdorp points out that NASA has an 87.5 percent track record overall on the Red Planet. But he quickly jumps in when I describe the lander as a low-risk prelude to a crewed mission to Mars.

“A private-landed mission on Mars would already be a grand thing, even if there are no humans on board. Just the unmanned mission will be a gigantic step for commercial spaceflight,” he says. The financing is at least as big a challenge as the equipment at this first, crewless stage. Lansdorp has not revealed a budget for the 2018 lander, but the equivalent NASA missions cost about $400 million each.

Mars One produces essentially no revenue at this stage, so it is operating almost entirely on investments, sponsorships and donations. The lander has two spots for commercial payloads, priced at about $10 million per kilogram, and Mars One is open to corporate ads.

“We have keen interest from some very large organizations,” Lansdorp says cautiously. “We’ve always had the funding that we need to keep on the timeline.” The 2018 lander is the essential first step. It will establish if Mars One really has the money and know-how to operate a mission to the Red Planet. Once it arrives, the lander will test some of the key tech that Lansdorp’s engineers deem crucial for a human colony — most notably thin-film solar panels for electricity and an extraction experiment designed to draw drinkable water from the Martian soil.

From there, Lansdorp’s ambitions grow exponentially bolder and hazier. Following the lander will be a huge rover, 2.5 times as heavy as NASA’s Curiosity, that will collect samples and do prep work for a Mars colony. Then come cargo vessels and, finally, passenger flights. At that point, Mars One will be attempting a type of mission that no space agency on Earth can currently achieve, and trying to do it for about $6 billion — 1 percent of NASA’s estimate for a round trip to Mars.

The company has signed a deal with Darlow Smithson Productions to make a documentary about the crew selection process, but the idea that media rights to the Mars One mission will net the needed billions of dollars strikes me as a highly uncertain proposition. Then again, I couldn’t imagine anyone would watch the CBS reality show Big Brother, so what do I know?

In sharp contrast to Mars One’s grand vision of a settlement on another planet, the B612 Foundation has a contained, far more focused conception of private space exploration — not surprising, since it was started by two former NASA astronauts, Ed Lu and Rusty Schweickart. They founded B612 to search for near-Earth asteroids; for now, all of its activities are directed toward a single space mission, called Sentinel, designed to find every potentially hazardous rock out there.

“What motivates us is the certainty that an asteroid the size of the one that hit Siberia in 1908 will be headed toward Earth in the next few hundred years. Or it could be bigger, and it could hit much sooner than that,” says Harold Reitsema, mission director of Sentinel and former instrument designer for the Hubble Space Telescope.

Despite two decades of planning and congressional mandates, NASA has never received the funding or political support to make a systematic search for all such potentially hazardous objects. A big part of the problem is that the job cannot be done from Earth. “The asteroids we’re looking for are small and very dark; most of them are as black as charcoal,” Reitsema explains. The only way to find them all is to go into space with a telescope that can pick up infrared emissions from the asteroid’s warm surface, and that’s not cheap.

Sentinel will scout out asteroids down to 30 meters (100 feet) wide, the smallest size capable of punching through Earth’s atmosphere and causing significant loss of life. Just as Mars One is doing, B612 plans to tap into legacy NASA design. In this case, the template is the Kepler space telescope, which successfully sought out planets around other stars. Ball Aerospace, which built Kepler, will also build Sentinel. (Not coincidentally, Reitsema is a former Ball employee.)

One big innovation here is data management, since Sentinel is expected to find about half a million new asteroids after its launch, also scheduled for 2018. Another thing that sets B612 apart is funding. Sentinel has no commercial potential at all — no ads, no broadcast rights, no plans for capturing and mining asteroids. And no, B612 will not be running a for-profit mission to save Earth like in Armageddon. “I think NASA and other governments would be eager to do the deflection mission themselves if something were headed our way,” Reitsema quips.

Instead, B612 is working on a pure donation model. Think of it as the Nature Conservancy in space, aimed at the preservation of the entire planet.

Founder Alan Stern's mission is to establish the first commercial human-transportation service to the surface of the moon, using existing technology. (Credit: The Golden Spike Co.)

Back to the Moon

Building on the NASA legacy while going places the space agency cannot or will not go is a recurring theme among the private startups. Nowhere is that more evident than at Golden Spike, established by Alan Stern, principal investigator on the New Horizons mission currently en route to Pluto and a former NASA administrator.

“The basic story for Golden Spike is that we discovered a way to create do-it-yourself Apollo programs for other countries,” he says. Think of it as the off-world’s most elaborate taxi service. Give the company about $1.5 billion ­­­— “about what countries routinely spend on robotic missions,” Stern says — and Golden Spike will buy the necessary rocket, space capsule and electronics and put together a whole mission structure for you.

If you've got the money, Golden Spike could customize a whole space mission for you to visit the moon. (Credit: The Golden Spike Co.)

Stern is really talking about the democratization of space, breaking free of NASA’s rules and restrictions. It’s an exciting theme running through all of these private ventures. For Lansdorp, the democratizing moment that started it all — the first step of his one small step — was when he saw NASA’s Pathfinder rover on Mars in 1997. “For some reason that I really cannot explain, I wanted to go to Mars. And I’m not a U.S. citizen, so I knew that if I wanted to go, I would have to do it myself,” he says.

Maybe he’ll fail; there’s a good chance he will. It won’t matter, because in the private world, plenty of others are ready to step up in his place. And that is the greatest leap of them all.

[This article originally appeared in print as "A Ticket to Ride."]