by Kathy A. Svitil

On April 28, a Deep Space Network radio receiver in Spain heard from Pioneer 10, which is 7.3 billion miles from home. The intrepid craft, first launched in 1972 to study Jupiter, is hunting for the magnetic boundary between the outer solar system and interstellar space. NASA stopped receiving the probe's regular radio transmissions last August, and engineers feared its plutonium power source had failed. "Another possibility was the oscillator that originates that radio signal had failed," says NASA's Lawrence Lasher, head of the Pioneer 10 Continuance Project. A second oscillator on board can respond to signals from Earth. "When we called it, it answered back," says Lasher. "If it lasts another year, that would be wonderful, but I said the same thing four years ago." 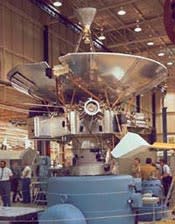