Physicists After the Elusive Magnetic Monopole Spot a Look-Alike 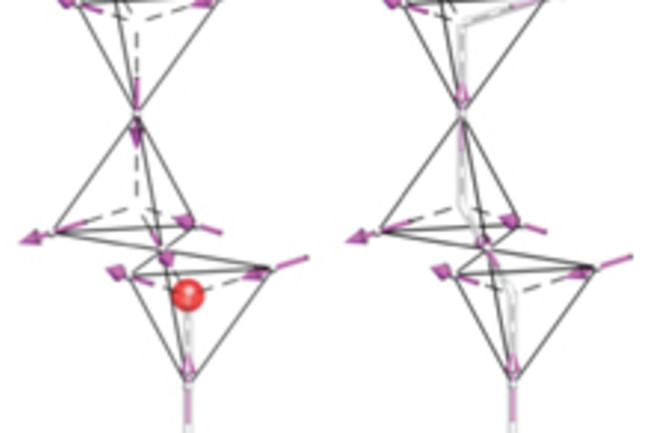 Physicists can come off like monster hunters sometimes--their theories predict that a rare beast lurks in the atomic-scale underbrush, so they forge on against all odds, determined to catch a glimpse of their quarry. The latest target is the magnetic monopole, and researchers say they've come closer than ever before to spotting it. Every magnet has a north and a south pole; if you break a magnet into hundreds of pieces, each fragment will also have a north and a south pole of its own. But researchers think that magnetic monopoles exist--particles with only a north or south pole--

and there are several reasons physicists would like to see them. In 1931, famed British theorist Paul Dirac argued that the existence of monopoles would explain the quantization of electric charge: the fact that every electron has exactly the same charge and exactly the opposite charge of every proton [ScienceNOW Daily News].

Scientists have scoured the world and the cosmos looking for such particles, says Jonathan Morris, coauthor of one of the two new studies published in Science.

, he says. And while the two research groups didn't quite find the elusive particles, they did detect ripples in strange materials known as spin ices, and found that the ripples have the same magnetic properties as monopoles. The two groups both used spin ices (one group used holmium titanate and the other used dysprosium titanate), which are man-made solid materials in which the magnetic ions line up like the hydrogen ions in water ice.

The magnetic ions sit at the tips of four-sided pyramids or tetrahedra connected corner to corner.... At temperatures near absolute zero, they should organize themselves by a simple rule: In each tetrahedron, two ions point their north poles inward toward the center and two point outward [ScienceNOW Daily News].

But when researchers heated the materials slightly, the tidy magnetic properties of the spin ice was disrupted. The heating caused tiny flaws in which one ion flipped, leaving its tetrahedron with three ions pointing their north poles inward; that meant the adjacent tetrahedron had only one ion pointing its north poles inward. These lopsided tetrahedrons act, respectively, like north and south magnetic poles. One imbalanced tetrahedron affects another, and the imbalance can flow through the material. These ripples create concentrations of either north or south poles, which amounts, essentially, to magnetic monopoles. But to physicists like Kimball Milton, the experiments didn't come close to achieving the ultimate goal of detecting a monopole particle.

"I might object to [the researchers] saying 'genuine magnetic monopoles', because when you say genuine, that implies to me it's a point particle, and it's not," Milton says. "It's an effective excitation that at some level looks like a monopole, but it's not really fundamentally a monopole" [Scientific American].