As I promised a little while back, the European Space Agency has released new extremely high-res pictures of Phobos, one of the moons of Mars! Check this out: 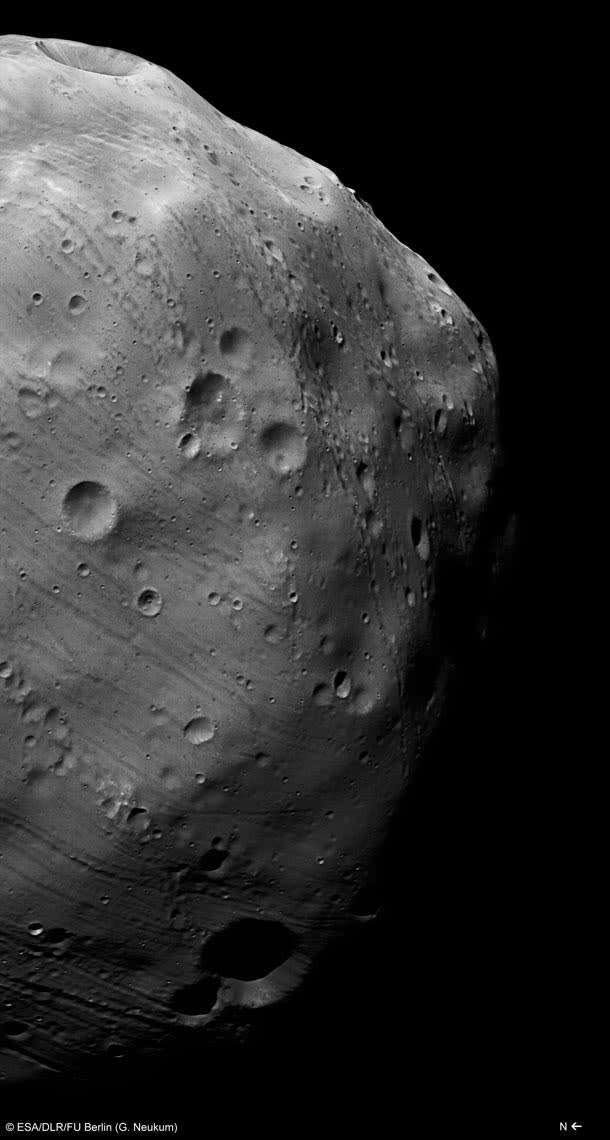 Yegads. Click to embiggen, and see this in all its glory. This image, taken by the Mars Express spacecraft, has a resolution of 4.4 meters per pixel, meaning objects about the size of a two-car garage can be seen on the surface of Phobos. For comparison, this lumpy, battered moon (named for the Greek word for fear, a companion to Mars) is 27x22x19 kilometers (16x13x11 miles), so even though it's on the tiny side, this is still a fantastic map of the surface. And an important one as well: next year, Russia will be launching a probe called Phobos-Grunt (Phobos soil) that will attempt to land on the moon, collect a sample of its surface, and send it back to Earth! These images of Phobos will help the Russians figure out the best place to land. On the ESA page linked above, you'll also find a cool 3D anaglyph of Phobos, and if you want to stay up to date on all this, check out the Mars Express blog, too. Image credit: ESA/DLR/FU Berlin (G. Neukum)