Buckyballs are shown to absorb certain frequencies of starlight. 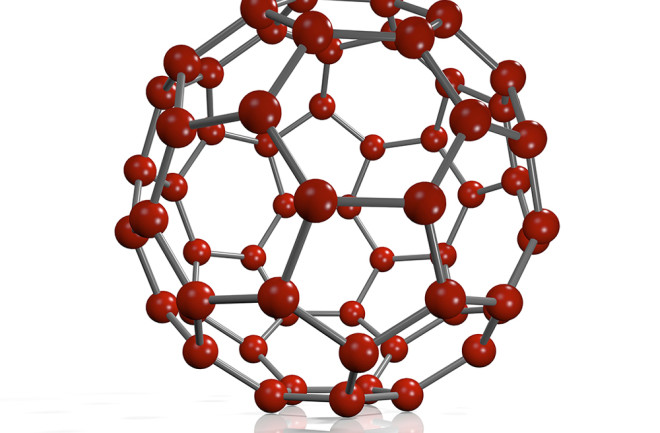 In 1919, Mary Lea Heger, a graduate student at the University of California, Berkeley, saw that certain stars were missing some colors. Something between the star and Earth must be absorbing them, but what? In 1993, a team led by John Maier of the University of Basel in Switzerland found that buckyballs encased in a frozen solid absorbed the right colors. But did they behave the same way in interstellar space?

In July, Maier and his team proved it. They chilled buckyballs to nearly absolute zero and put them in a vacuum, mimicking the conditions of the cosmos. The balls absorbed the same colors missing in space. Mystery solved.