Just because a mission’s over doesn’t mean it’s done being useful. 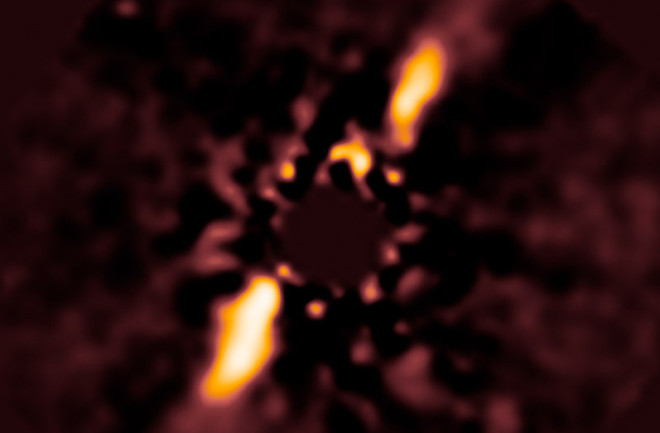 As Oscar the Grouch and garage sale aficionados know, you can uncover treasures while going through someone’s old stuff. That’s exactly how two astronomers from Seoul National University in Korea found an ancient, relatively close galaxy — by combing other researchers’ leftovers.

Myung Gyoon Lee and In Sung Jang were looking for ultra faint dwarf (UFD) galaxies, remnants of the universe’s first galaxies. They scoured Hubble telescope images up to 15 years old of a nearly empty region of space just outside the Milky Way, and their search paid off: Lee and Jang reported last year that they uncovered a tiny, faint galaxy called Virgo UFD1. It’s the most distant UFD ever seen, and it formed almost 12 billion years ago. Not bad for dumped data.

Scouring others’ observations for new discoveries is actually common among astronomers:

1. In 2013, Rémi Soummer and colleagues reprocessed Hubble infrared data extending as far back as 1999. Where other scientists found nothing, Soummer’s team discovered five stars (including HD 141943, pictured at top of the page) with surrounding dust disks — the breeding grounds of planets.

2. When looking through 15-year-old radio data from several observatories in 2013, astronomers found clumpy segments along a ring shape in our galaxy; when they searched for it in visible light, they came up empty. Francesco de Gasperin and colleagues believe they’ve spied an old stellar explosion whose material has mostly dispersed, making it invisible in optical light but leaving behind radio imprints at the site.

4. To find stars on the run, astronomers look for a curved buildup of material preceding the star, similar to the water in front of a speeding boat. In 2011, Vasilii Gvaramadze and colleagues scoured archived infrared data from two space telescopes for these telltale markings. They found seven belonging to massive stars escaping their birth clusters, showing how some stars begin their solo journeys through space.