Nobel prize (not for science) 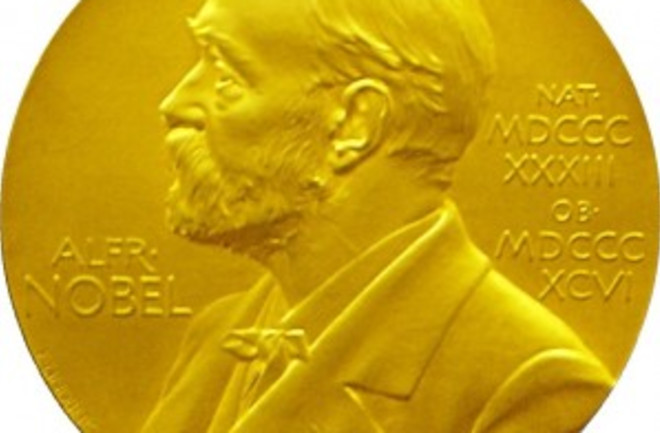 Most of the world is stunned to hear that Obama is the recipient of this year's Nobel Peace Prize. It is likely that Obama is the most surprised of all. I'm sure the uniform reaction is: "But what has he actually done?" He's been President less than nine months. And it's not like he had major "peace" accomplishments in his short tenure as a Senator. So has the Swedish Academy (or, actually, the Norwegian Parliament, which is an interesting story in its own right) gone insane? No. It's fairly apparent that Obama is receiving the Nobel because he has been forcefully articulating a compelling future. In his speeches and actions, he is attempting to bring together Israelis and Palestinians, Christians and Muslims, Blacks and Whites, Rich and Poor. He has a clear vision of a world at peace, in a broad sense of the term. Although this may be unattainable, we can certainly get a lot closer than we are now. The Prize is "to the person who shall have done the most or the best work for fraternity between nations," and indeed, over the past year Obama stands apart. From the scientific perspective, Obama has had tremendous impact (the Peace Prize singles out his "constructive role in meeting the great climatic challenges the world is confronting"). His appointees are first-rate, and there is a feeling that we are finally starting to move in the right direction. It is hard, of course, to point to tangible scientific results that have arisen because of Obama. There simply hasn't been time enough. But this does not negate his impact; the momentum is apparent and encouraging. It is a similar story in international diplomacy. Obama also benefits from eight preceding years of Bush. Within the scientific community, the Bush administration represented a dark age. Any subsequent reasonable policy would seem to be enlightened. Thus to have a truly exceptional policy, informed by actual science and scientists (instead of cynical political aims), has a profound effect on the state of affairs. It is a similar story in international diplomacy. My guess is that the Nobel committee wants to be relevant. A major criticism of the Physics Prize is that it has a relatively minor impact on the field of physics. It's almost always given decades after the fact, to researchers that are already well known and well established. For the vast majority of recipients, their work is not suddenly transformed by the Prize. If anything, they become significantly less productive, as they're now busy traveling the world and giving talks and (justifiably) enjoying the prominence only a Nobel can confer. Do not misunderstand: I am certainly not criticizing the Nobel Prize. It brings much positive attention to the field, and for the most part singles out very deserving recipients. It is the ultimate advertising campaign for physics, and we all benefit from it. (It would nonetheless be interesting to compare it to the Fields Medal [effectively the Nobel for mathematics], which is only given to mathematicians under the age of 40.) In this context, giving the Peace Prize to Obama is an inspired choice. They are hoping to give him more stature and leverage to help him achieve his goals; they want to help make the world a better place. It affirms the importance of American leadership on the world stage, and endorses our President's vision of a world at peace. All Americans, regardless of political affiliation, should celebrate this.