Next-Generation Semiconductor Was First Created Elsewhere in the Cosmos

A rare and promising mineral was plucked from space by a NASA satellite. 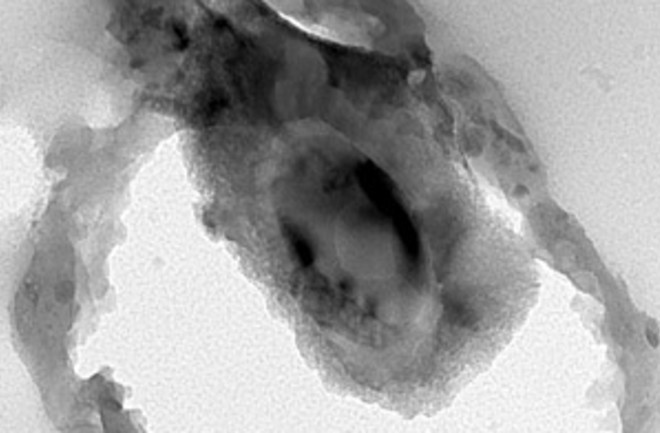 A new mineral, Brownleeite, was captured with comet dust by an ER-2 high-altitude plane and brought to earth. | Image courtesy of NASA

A new mineral recently made its way from the cosmos into NASA’s labs. Named Brown­leeite after Donald Brownlee (a professor at the University of Washington in Seattle and head of NASA’s Stardust comet sample return mission), the sub­stance was identified in a speck of cosmic dust taken from the stratosphere in 2003 by a high-altitude NASA aircraft. Brownleeite has been described as nature’s version of synthesized manganese silicide, a material created as a potential new-generation semiconductor. Although it occurs naturally, Brownleeite is far from abundant: This one-and-only sample was found in particles that were just 0.0001 inch wide.