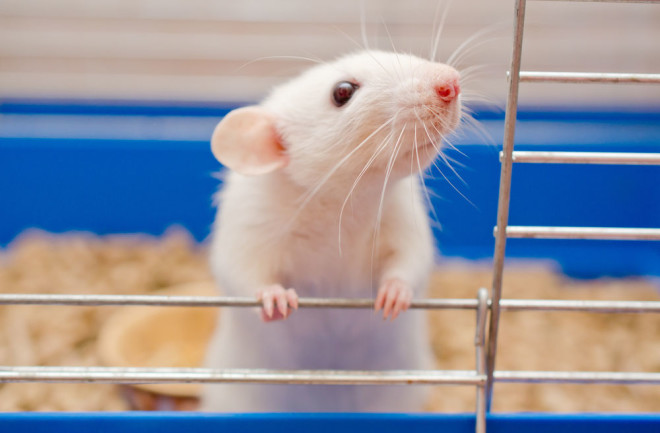 (Credit: Kirill Kurashov/Shutterstock) Space travel, you may have heard, is hard. Hard on the brain, to design ways to slip the surly bonds of Earth in the first place, but also hard on the body, which needs to withstand conditions it was never designed for. If NASA’s serious about sending humans back to the moon and on to Mars, we’ll need to get a much better grasp on how spaceflight affects the human body. And instead of simply flying more and more people to space to find out all the potential effects, scientists have turned to a traditional proxy for human bodies: mice. NASA has created a Rodent Habitat for murine visitors to the International Space Station, and a study published today in Scientific Reports analyzes how a batch of 20 furry visitors fared in space. Delightfully, the research includes video of the mice adapting to weightlessness. Their overall health and expected behavior are good signs for future human astronauts, but the mice did engage in some puzzling activities. Don’t worry, it’s all quite adorable. [embed]https://www.youtube.com/watch?v=Xti1o3XUMVQ[/embed]

While mice have flown in space before, the authors — a multidisciplinary team of researchers — are quick to point out this work is the “first detailed behavioral analysis of mice flown in the NASA Rodent Habitat.” The animals were females either 16 or 32 weeks old, and flew for 17-33 days, the equivalent of long-duration missions for humans. (The control group were similar mice who simply stayed on the ground.) The team specifically observed the mice’s in-flight behavior, which can act as a proxy for neural and physiological status, so they were getting a pretty good picture of how the animals fared. “Behavioral analysis can reveal how animals acclimate to the space environment, and how altered physical activity, feeding, drinking, circadian shifts, social interactions may alter other experimental measures,” they write. And what did they find? “All twenty mice flown on the first foray of the NASA Rodent Habitat on ISS maintained excellent health during the mission,” the team writes. The mousetronauts engaged in typical mouse behavior (feeding, self-grooming, social interactions), all maintained normal circadian rhythms and held similar body weights to the Earthbound controls. They adapted to weightlessness quickly, and could move freely throughout their entire enclosure. But there was one weird thing.

About a week after launching into space, the younger sets of mice started doing what the authors call “a unique circling or ‘race-tracking’ behavior in which they moved their bodies along an ovular trajectory ... utilizing the habitat walls.” Basically, the creatures started running around the walls of their enclosure, looking very much like those daredevil motorcyclists who race inside a metal ball. The odd circling just started spontaneously, and soon became a group activity. (You can watch for yourself in the video above, starting at about 1:21.) The team can’t really explain why the mice did this, and don't know what it means. They’re guessing it could be a stress response, or an opportunity for the mice to feel the positive effects of exercise, or a way to stimulate the balance system of their inner ears (which don’t feel much in microgravity) — or maybe something else entirely. But since this circling is somewhat similar to normal running wheels mice like to use on Earth, and it didn't seem to cause the animals any harm, the researchers are taking this anomalous behavior mostly in stride. Overall, the positive physical responses of the mice bodies to space travel bode well for the future adaptability of humans to long-term space voyages. And of course, more studies (of both species) will give us an even better idea of what we can expect once we do finally start traveling beyond Earth orbit.