New research reveals how to make your (bad) jokes funnier. 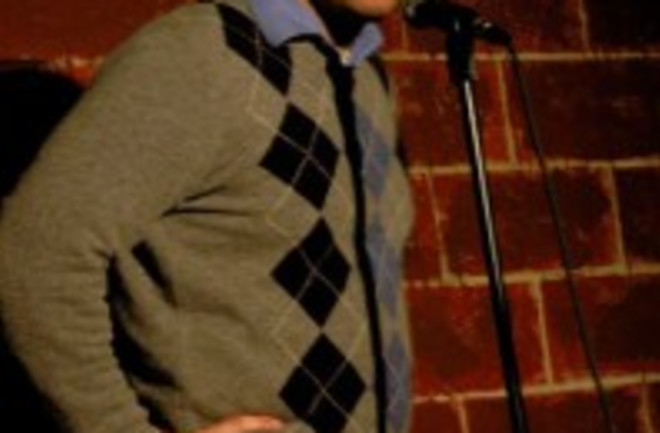 Photo: flickr/That Other PaperWe've all been there: you tell a joke, only to have it fall flat, leaving you standing there in the dead silence wishing the ground would just swallow you up. Well, these scientists must have experienced this as well, because they designed a series of experiments to determine the best way to save a joke. Although it has long been assumed that jokes are the funniest when their punchlines are unexpected, the researchers discovered that surprise isn't nearly as important as fluidity. In other words, it's more important that your joke is easily understood than unexpected, and some jokes actually benefit from having their punchlines ruined. Apparently, peppering conversation with key words from the punchline before delivering a joke can help, as can writing printed jokes in easy-to-read font -- which just might be the first evidence of a good use for Comic Sans.A processing fluency-account of funniness: Running gags and spoiling punchlines. "Earlier theories on humour assume that funniness stems from the incongruity resolution of the surprising punchline and thus an insight into the joke's meaning. Applying recent psychological theorising that insight itself draws on processing fluency being the ease and speed with which mental content is processed, it is predicted that increasing the fluency of processing the punchline of a joke increases funniness. In Experiments 1 and 2, significant nouns from the punchlines or from the beginnings of jokes were presented before a joke was rated in funniness. Pre-exposing punchline words 15 minutes and even only 1 minute before the eventual joke led to increased funniness ratings. In contrast, pre-exposing punchline words directly before a joke led to decreased funniness ratings. Furthermore, pre-exposing the beginning of a joke 1 minute before the joke had no effects on funniness. Experiment 3 ruled out exposure-facilitated punchline anticipation as alternative mechanism, and Experiment 4 replicated this fluency effect with typing font as manipulation. These findings also show that pre-exposing a punchline, which in common knowledge should spoil a joke, can actually increase funniness under certain conditions." Related content: NCBI ROFL: Humor and death: a qualitative study of The New Yorker cartoons (1986-2006). NCBI ROFL: "Laughing at yourself": you're doing it wrong. NCBI ROFL: Knock knock! Who's there? Some random statement that you won't remember.