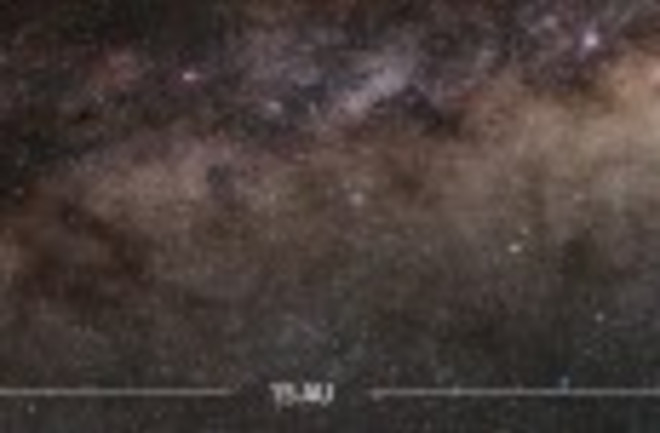 Astronomers have discovered for the first time an exoplanet orbiting one star in a binary system, as shown in this artist's rendering. Credit: Cheongho Han, Chungbuk National University, Republic of Korea. Just as we Americans are heading into a long weekend, astronomers have given us a little something extra to celebrate: a new exoplanet discovery! “Sigh, another one?” you might think to yourself. But this one is special. It's the first known planet similar to Earth that orbits its star at an Earthlike distance, all with a relatively nearby companion star in orbit! The never-before-seen arrangement isn’t just cool on its own, either — it also tells astronomers something about the nature of planetary distributions and how to look for other Earths.

The planet in question has a mouthful of a name — OGLE-2013-BLG-0341LBb — but let’s call it Tatooine, after another famous planet in a binary system. An international team of astronomers found it in data from the OGLE (Optical Gravitational Lensing Experiment) telescope, using a planetary detection system known as microlensing. Unlike other methods, microlensing doesn’t depend on how much light its targets emit, instead focusing on the gravitational warping effects they have on a more distant object's light. While it’s no longer a big deal to find planets orbiting a binary star system, those previous finds had always orbited both stars. Tatooine, however, orbits just one. And it’s not like the companion star is way out of sight, just barely interacting with the system. The two stars are just 10-15 astronomical units apart (about the distance between Saturn and the sun), with Tatooine orbiting about 0.8 AU from its star. By definition, Earth’s average orbital distance from the sun is exactly 1 AU, so this is one of the few exoplanets we know of to have an orbit similar to Earth’s. Tatooine is also somewhat Earthlike, just about 2 times Earth’s mass. But that’s where the similarities between Tatooine and Earth end (well, there and with the nearby companion). Tatooine’s host star is an M dwarf, far smaller and about 400 times dimmer than the sun. This means Tatooine is actually a freezing world, colder than Jupiter’s moon Europa, and more akin perhaps to icy Hoth than desert-filled Tatooine. The work, minus the Star Wars references, appears in this week’s edition of Science.

The find is important not just for adding a new kind of planet to our databases, but for what it implies. Most stars in the galaxy are M dwarfs, and binary systems are also common. Finding Tatooine tells us that such planets might also be common, which opens up tons of unexplored opportunities for finding such worlds. And no matter where you live, that's something worth celebrating.