An accelerator experiment confirms that neutrinos can mysteriously morph from one type to another. 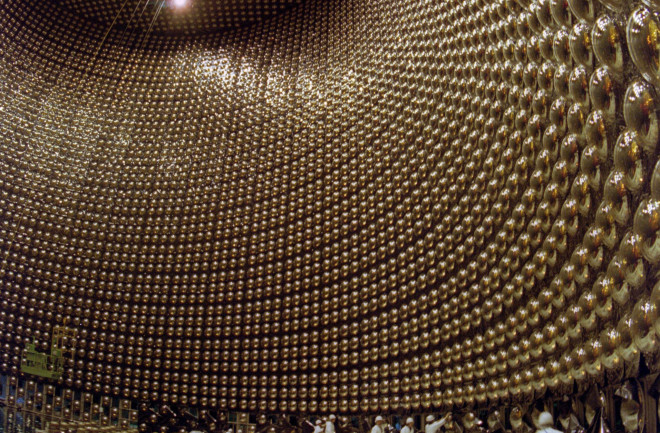 About 15 years ago, physicists discovered that the neutrino, a subatomic particle, seems to be able to switch from one type, or flavor, to another while in flight.

Last year, an international coalition called the Tokai to Kamioka (T2K) collaboration produced new evidence for this strange phenomenon, which may lead to insights about why there is more matter than antimatter in the universe.

Neutrinos come in three flavors: electron, muon and tau. All of them interact with other matter in different ways. In the experiment, researchers in Tokai, Japan, used a particle accelerator to shoot beams of muon neutrinos to the Super-Kamiokande detector some 185 miles away.

The result: a cosmos made up of something rather than nothing.

[This article originally appeared in print as "Particle Finds a New Identity."]