The discovery of minor planet 2012 VP113 orbiting beyond Pluto changes the borders of our solar neighborhood. 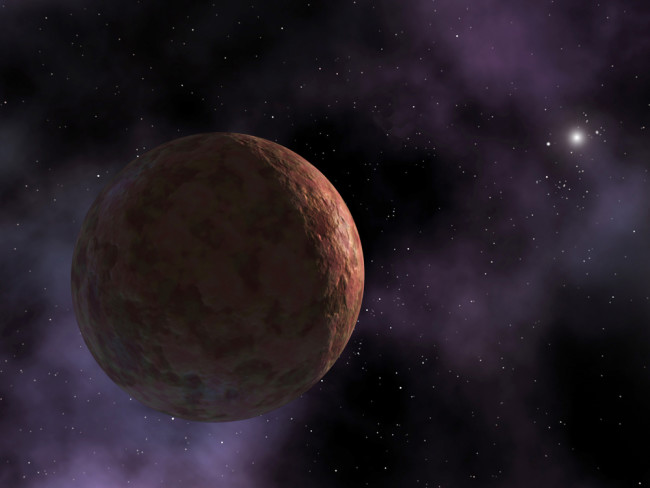 Sedna, shown in this artist's visualization, was once thought to be the only outlier of our solar system. Now 2012 VP113 joins it. | NASA/JPL-CALTECH

It’s not every day we redraw the map of the solar system. With the March discovery of minor planet 2012 VP113 orbiting the sun beyond Pluto, astronomers added a new world to the planetary rolls — and redefined the edges of our cosmic neighborhood. 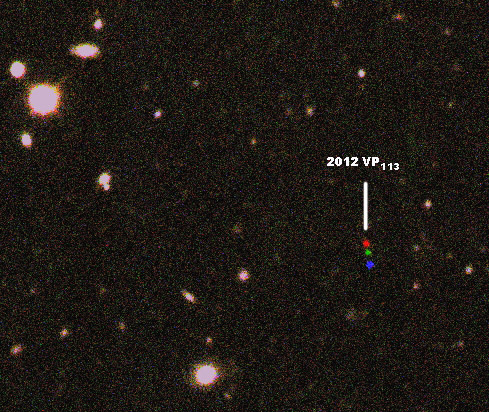 The red, green and blue dots above depict the movement of 2012 VP113. Researchers added color for visibility. | Scott S. Sheppard/Carnegie Institution for Science

The solar system’s farthest major planet, Neptune, is only 30 astronomical units from the sun. (An AU is the average Earth-sun distance, 93 million miles.) Beyond that, at 30 to 50 AU, lies the Kuiper Belt and its minor planets, including dwarf planet Pluto. Before discovering 2012 VP113 — soon nicknamed “VP” or “Biden,” after the U.S. vice president — astronomers thought only tiny Sedna occupied the empty stretch beyond 50 AU. Now they know it’s not alone.

Sedna’s perihelion, or closest solar approach, is 76 AU; VP has a perihelion of 80 AU. The newly found world is about 300 miles wide, likely enough for gravity to shape it into a sphere and thus be considered a dwarf planet (though still about five times smaller than Pluto). Its discovery suggests hundreds of similar worlds may lurk in this distant part of the solar system. More tantalizingly, minor perturbations in the orbits of the farthest known objects suggest a massive “super-Earth” major planet might lurk about 250 AU away.

Planet EarthThe Devonian Extinction: A Slow Doom That Swept Our Planet
Recommendations From Our Store