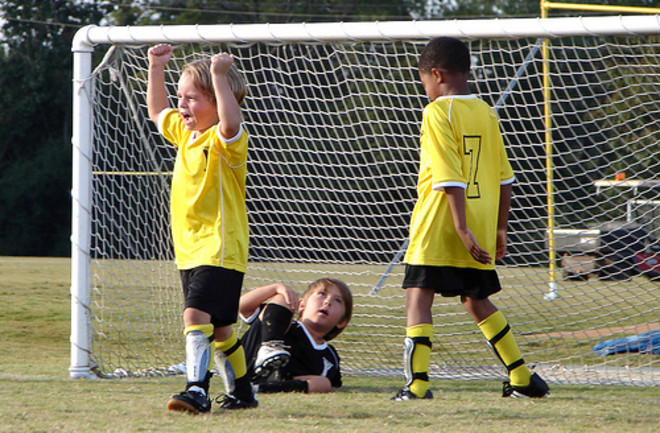 Emotional contagion in soccer penalty shootouts: Celebration of individual success is associated with ultimate team success. "We examined the association between celebratory responses after successful soccer penalty kicks and the outcome of a penalty shootout. Individually displayed post-shot behaviours in penalty shootouts held in World Cups and European Championships (N = 151) were rated on the presence of universally distinct and recognizable behaviours associated with positive emotions. Using chi-square analyses we investigated which behaviours were associated with winning the shootout, when the relative standing between the teams was equal. Players who engaged in certain celebratory post-shot behaviours were more likely to be in the team that ultimately won the penalty shootout. In particular, celebrations including both arms were associated with winning the shootout. It was more likely that the next kick taken by an opponent was missed after a player displayed these behaviours after a goal than when he did not. The findings are interpreted in terms of emotional contagion - that is, the transference of emotions from individuals onto teammates and opponents. It is suggested that the individual expression of post-performance emotions serves a direct purpose in enhancing future team performance and that emotional contagion is an important process in the context of elite sport performance."