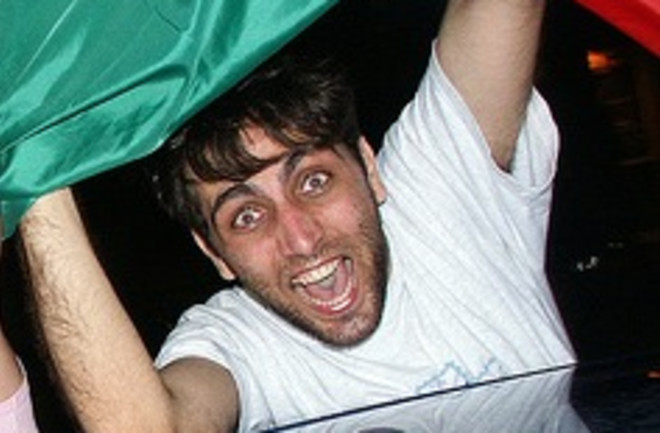 Another study found similar results in Swiss fans:Increase of out-of-hospital cardiac arrests in the male population of the French speaking provinces of Switzerland during the 1998 FIFA World CupAnd it's not just World Cup games--watching local professional football is also associated with increased heart attack rates: A matter of life and death: population mortality and football results. "OBJECTIVES: To determine whether football results are associated with mortality from circulatory disease. DESIGN: Retrospective study, comparing mortality on days of football matches between 18 August 1994 and 28 December 1999 with the results of the football matches. SETTING: Newcastle and North Tyneside, Sunderland, Tees, and Leeds Health Authority areas of England.... ...MAIN OUTCOME MEASURES: Mortality attributable to acute myocardial infarction and stroke. RESULTS: On days when the local professional football team lost at home, mortality attributable to acute myocardial infarction and stroke increased significantly in men (relative risk 1.28, 95% confidence intervals 1.11 to 1.47). No increase was observed in women. CONCLUSIONS: Results achieved by the local professional football team are associated systematically with circulatory disease death rates over a five year period in men, but not women."