NCBI ROFL: Why you overspend on Ebay. 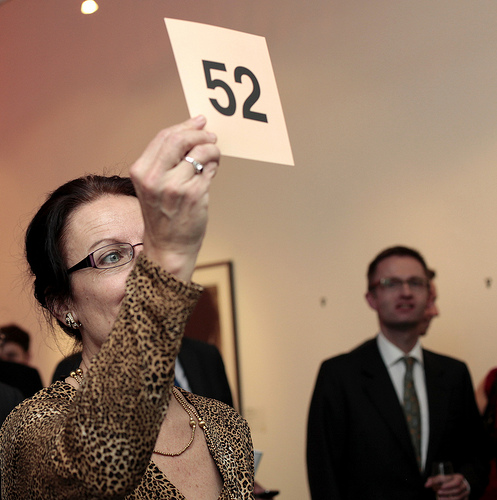 The value of victory: social origins of the winner's curse in common value auctions. "Auctions, normally considered as devices facilitating trade, also provide a way to probe mechanisms governing one's valuation of some good or action. One of the most intriguing phenomena in auction behavior is the winner's curse - the strong tendency of participants to bid more than rational agent theory prescribes, often at a significant loss. The prevailing explanation suggests that humans have limited cognitive abilities that make estimating the correct bid difficult, if not impossible. Using a series of auction structures, we found that bidding approaches rational agent predictions when participants compete against a computer. However, the winner's curse appears when participants compete against other humans, even when cognitive demands for the correct bidding strategy are removed. These results suggest the humans assign significant future value to victories over human but not over computer opponents even though such victories may incur immediate losses, and that this valuation anomaly is the origin of apparently irrational behavior." 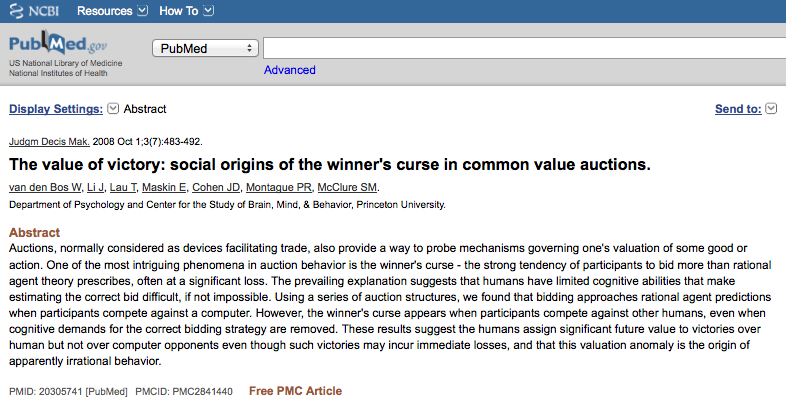