NCBI ROFL: The history of poisoning in the future: lessons from Star Trek. 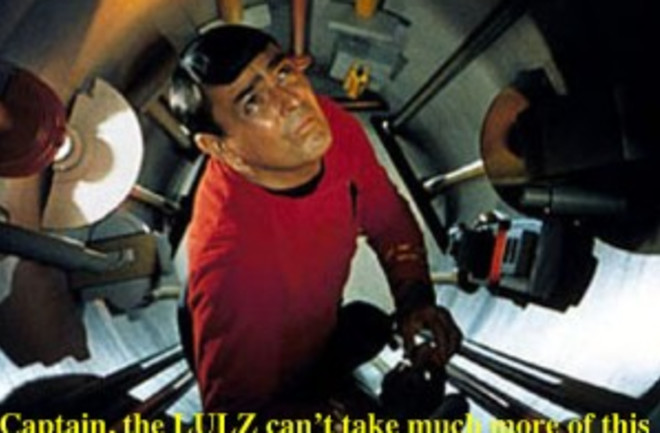 "BACKGROUND: The Arts are replete with examples of presaged events of the future. Since a unique glimpse of the 23rd century is afforded by the television series Star Trek, a survey of the toxin-related events as chronicled by the crew of the USS Starship Enterprise may provide insight to prepare toxicologists for the future. METHODS: An investigation of the logs of the Enterprise was undertaken for the years 2266 to 2269 which were part of its first 5-year mission. Internet sites, published databases, and selected recorded episodes from the original Star Trek television series were searched for poisonings or toxin-related incidents. RESULTS: Out of the 79 Star Trek episodes, 28 (35%) involved toxin-related incidents. A total of 31 poisoning incidents were documented with 13 environmental, 9 intentional, 5 unintentional, and 4 homicidal circumstances. Biotoxins (10 incidents) were the most frequently involved toxin followed by neurotoxins (9), radiation (3), cytotoxins (3), temporal toxins (3), acids (2), and phytotoxins (1). Of these cases, 2 involved hazardous materials incidents, 1 was contamination of food, and 3 involved therapeutic misadventures. CONCLUSIONS: Many of the circumstances encountered in poisonings of the future will likely be similar to contemporary reasons, but the nature of the toxins will differ. Clinical toxicologists should prepare for the future by increasing their study of molecular biology, comparative medicine, physics, and history."