NCBI ROFL: The case of the disappearing teaspoons. 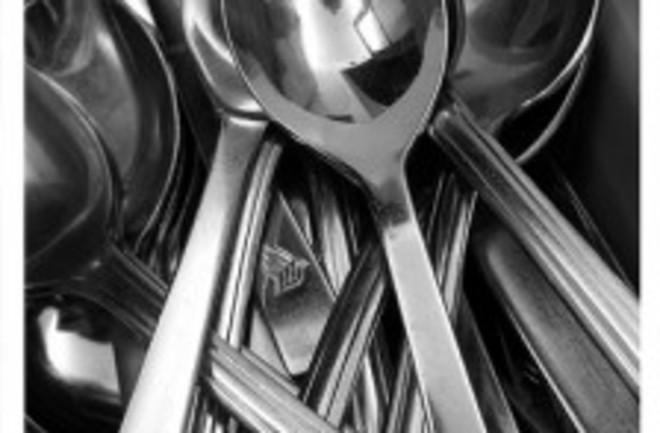 The case of the disappearing teaspoons: longitudinal cohort study of the displacement of teaspoons in an Australian research institute. "OBJECTIVES: To determine the overall rate of loss of workplace teaspoons and whether attrition and displacement are correlated with the relative value of the teaspoons or type of tearoom. DESIGN: Longitudinal cohort study. SETTING: Research institute employing about 140 people. SUBJECTS: 70 discreetly numbered teaspoons placed in tearooms around the institute and observed weekly over five months. MAIN OUTCOME MEASURES: Incidence of teaspoon loss per 100 teaspoon years and teaspoon half life. RESULTS: 56 (80%) of the 70 teaspoons disappeared during the study. The half life of the teaspoons was 81 days. The half life of teaspoons in communal tearooms (42 days) was significantly shorter than for those in rooms associated with particular research groups (77 days). The rate of loss was not influenced by the teaspoons' value. The incidence of teaspoon loss over the period of observation was 360.62 per 100 teaspoon years. At this rate, an estimated 250 teaspoons would need to be purchased annually to maintain a practical institute-wide population of 70 teaspoons. CONCLUSIONS: The loss of workplace teaspoons was rapid, showing that their availability, and hence office culture in general, is constantly threatened." Read the full article here.

Thanks to Ralph, Ed, and Audun for today's ROFL!