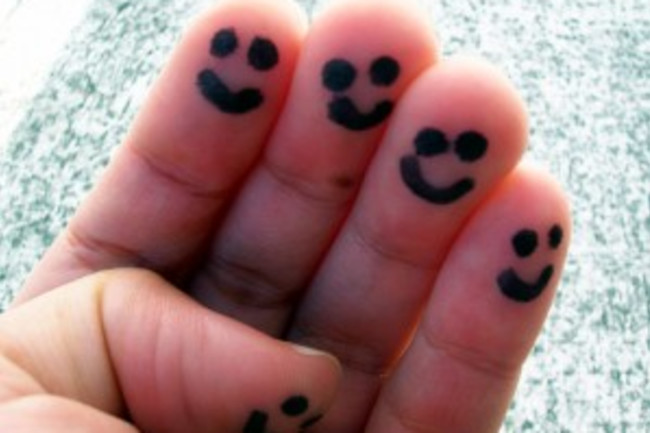 It's case study flashback week on NCBI ROFL! All this week we'll be featuring some of our favorite medical case studies from the archives. Enjoy! "A 60-year-old man with acute pancreatitis developed persistent hiccups after insertion of a nasogastric tube. Removal of the latter did not terminate the hiccups which had also been treated with different drugs, and several manoeuvres were attempted, but with no success.Digital rectal massage was then performed resulting in abrupt cessation of the hiccups. Recurrence of the hiccups occurred several hours later, and again, they were terminated immediately with digital rectal massage. No other recurrences were observed. This is the second reported case associating cessation of intractable hiccups with digital rectal massage. We suggest that this manoeuvre should be considered in cases of intractable hiccups before proceeding with pharmacological agents." 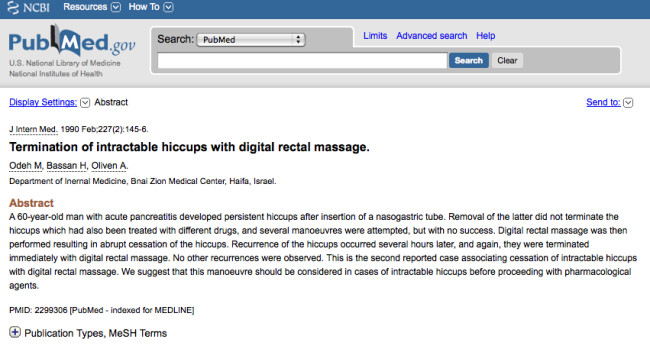