"Using state data from 1992 and 2000 instead of 1975, the author both confirmed and extended Lester's 1987 study. Like Lester's study, the present replication showed for 1992 (but not 2000) that the more people drinking fluoridated water, the lower the rates of crude and age-adjusted suicide (partial rs: -.25 and -.25, respectively). Crude and age-adjusted rates of homicide in 1992 and 2000 did not change with the fluoridation of public water. Effective interpretation requires more study." 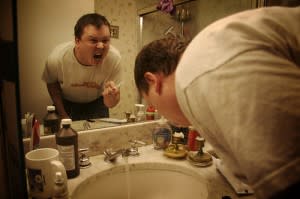 Age-adjusted rates of suicide and homicide and fluoride.