Temper and Temperature on the Diamond: The Heat-Aggression Relationship in Major League Baseball. 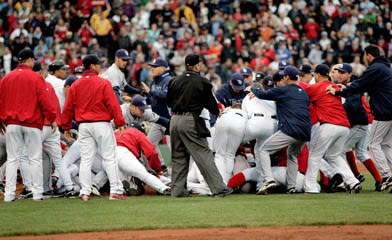 The Tampa Bay Rays and the Boston Red Sox fight in a bench-clearing brawl in the second inning of a game on June 5, 2008. The brawl started when Red Sox player Coco Crisp charged the mound after being hit by a pitch by Tampa Bay pitcher James Shields.

"Archival data from major league baseball games played during the 1986, 1987, and 1988 seasons (total N = 826 games) were used to assess the association between the temperatures at the games and the number of batters hit by a pitch during them. A positive and significant relationship was found between temperature and the number of hit batters per game, even when potentially confounding variables having nothing to do with aggression were partialed out. A similar relationship was found for games played during the 1962 season. The shape of this relationship appears to be linear, suggesting that higher temperatures lead major league pitchers to become more aggressive in pitching to batters. 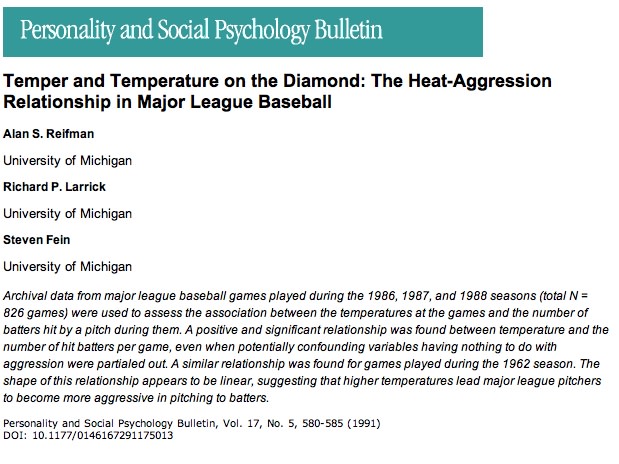 Thanks to David for today's ROFL!

Discoblog: NCBI ROFL: I'm pretty sure this is how the Civil War started…