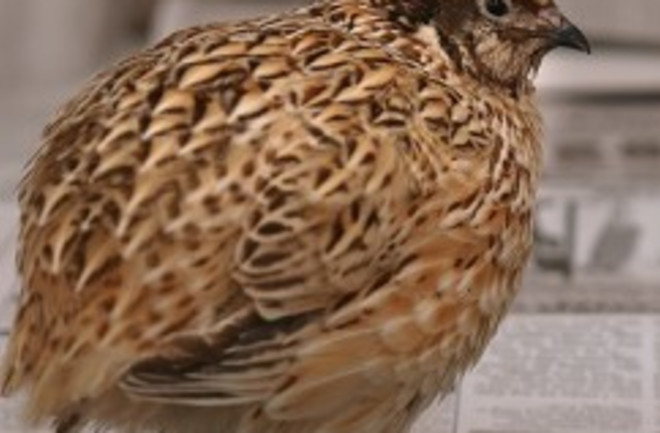 "In the present study, the authors explored the reproductive consequences of fetishistic behavior in a previously developed animal model of sexual fetishism (F. Köksal et al., 2004). Male domesticated quail (Coturnix japonica) received sexual conditioning trials in which a terrycloth object (the conditioned stimulus [CS]) was paired with the opportunity to copulate with a female quail (the unconditioned stimulus). Approximately half of the male quail came to copulate with the CS object and were considered to have developed fetishistic behavior. Each of the male quail was then tested with a female quail, whose eggs were incubated to determine rates of fertilization. The CS object was present for 30 s before and during the copulation test. Fetishistic male quail were slower to achieve cloacal contact with the female quail and showed less efficient copulatory behavior. However, they fertilized a greater proportion of eggs than nonfetishistic male quail. These results are unexpected from previous studies of the relationship between reproductive success and copulatory behavior and are discussed in terms of how fetishistic behavior directed toward an inanimate object may modify male-female interactions."

Discoblog: NCBI ROFL: Want your rat to get it on while high on ecstasy? Play loud music.

Discoblog: NCBI ROFL: References to the paraphilias and sexual crimes in the Bible.