NCBI ROFL: Is there a gene for self-employment? 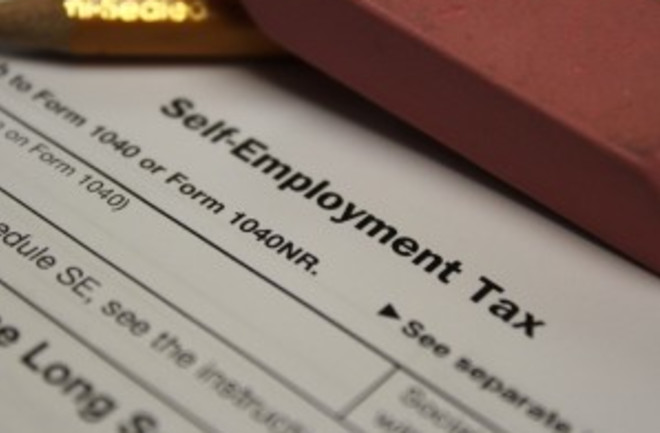 A self-employment gene could explain why some families seem to have "a nose for business." But, like most biological problems, it's just not that simple. This study found that there might be many genes that, in combination and along with a heavy environmental influence, have a small effect on someone's propensity to become an entrepreneur (something true of many traits, like intelligence). We can't wait until they do the follow-up study on the genetics of going to grad school! (A few definitions: SNP = single-nucleotide polymorphism, i.e., a mutation in the DNA [not necessarily harmful]; heritability = how much of the variation in the phenotype [in this case, self-employment] can be explained by variation in the DNA)

The Molecular Genetic Architecture of Self-Employment "Economic variables such as income, education, and occupation are known to affect mortality and morbidity, such as cardiovascular disease, and have also been shown to be partly heritable. However, very little is known about which genes influence economic variables, although these genes may have both a direct and an indirect effect on health. We report results from the first large-scale collaboration that studies the molecular genetic architecture of an economic variable–entrepreneurship–that was operationalized using self-employment, a widely-available proxy. Our results suggest that common SNPs when considered jointly explain about half of the narrow-sense heritability of self-employment estimated in twin data (σg2/σP2 = 25%, h2 = 55%). However, a meta-analysis of genome-wide association studies across sixteen studies comprising 50,627 participants did not identify genome-wide significant SNPs. 58 SNPs with p<10−5 were tested in a replication sample (n = 3,271), but none replicated. Furthermore, a gene-based test shows that none of the genes that were previously suggested in the literature to influence entrepreneurship reveal significant associations. Finally, SNP-based genetic scores that use results from the meta-analysis capture less than 0.2% of the variance in self-employment in an independent sample (p≥0.039). Our results are consistent with a highly polygenic molecular genetic architecture of self-employment, with many genetic variants of small effect. Although self-employment is a multi-faceted, heavily environmentally influenced, and biologically distal trait, our results are similar to those for other genetically complex and biologically more proximate outcomes, such as height, intelligence, personality, and several diseases."

Discoblog: NCBI ROFL: An explanation for the shape of the human penis.