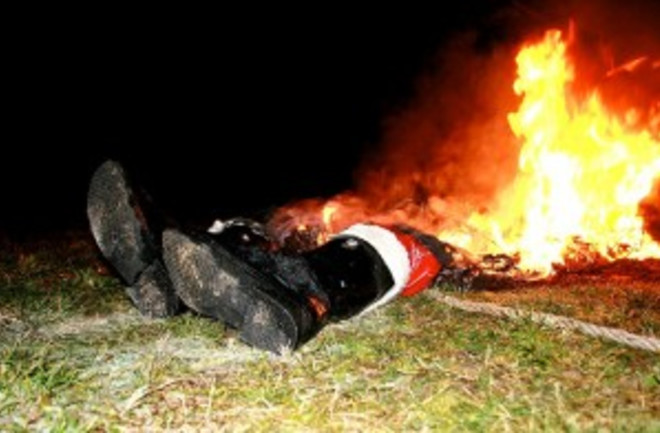 Christmas and New Year as risk factors for death. "This paper poses three questions: (1) Does mortality from natural causes spike around Christmas and New Year? (2) If so, does this spike exist for all major disease groups or only specialized groups? (3) If twin holiday spikes exist, need this imply that Christmas and New Year are risk factors for death? To answer these questions, we used all official U.S. death certificates, 1979-2004 (n = 57,451,944) in various hospital settings to examine daily mortality levels around Christmas and New Year. We measured the Christmas increase by comparing observed deaths with expected deaths in the week starting on Christmas. The New Year increase was measured similarly. The expected number of deaths was determined by locally weighted regression, given the null hypothesis that mortality is affected by seasons and trend but not by holidays. On Christmas and New Year, mortality from natural causes spikes in dead-on-arrival (DOA) and emergency department (ED) settings. There are more DOA/ED deaths on 12/25, 12/26, and 1/1 than on any other day. In contrast, deaths in non-DOA/ED settings display no holiday spikes. For DOA/ED settings, there are holiday spikes for each of the top five disease groups (circulatory diseases; neoplasms; respiratory diseases; endocrine/nutritional/metabolic diseases; digestive diseases). For all settings combined, there are holiday spikes for most major disease groups and for all demographic groups, except children. In the two weeks starting with Christmas, there is an excess of 42,325 deaths from natural causes above and beyond the normal winter increase. Christmas and New Year appear to be risk factors for deaths from many diseases. We tested nine possible explanations for these risk factors, but further research is needed."