NCBI ROFL: Double feature: Personalities of punks and perils of their pointy parkas. 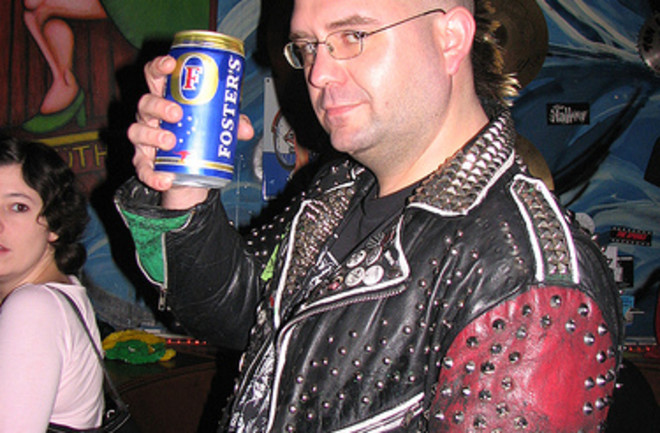 Self-image of punk rock and nonpunk rock juvenile delinquents. "The purpose of this study was to provide some understanding of punk rockers. Although they have received media attention in the depiction of their unusual hair and clothing styles, there is limited information about their personalities. In this study a delinquent group of punk rockers was compared with a delinquent group of nonpunk rockers on self-image, a personality factor related to teenagers' mental health and adjustment. Each group consisted of 20 subjects, 15 males and 5 females, aged 14 to 17. Subjects were administered a Screening Questionnaire, the Offer Self-Image Questionnaire (OSIQ), and the California Psychological Inventory (CPI) while detained at a Southern California juvenile hall... No significant differences were found between the groups. The importance of these findings is that even though punk rockers may look and act unusual, they may actually be similar to other groups."

"Punk" rock can be bad for you: a case of surgical emphysema from a "punk" rocker's leather jacket. "Stab wounds to the thorax are seen in the emergency department (ED) and can be caused by a variety of mechanisms. This case highlights an unusual cause of injury: a leather jacket with spikes on the back of it. This type of jacket is often worn by "punks" as a fashion statement. We report that falling onto such a jacket may result in accidental thoracic injury leading to subcutaneous emphysema. A thorough clinical assessment is mandatory to exclude underlying lung injury or pneumothorax."