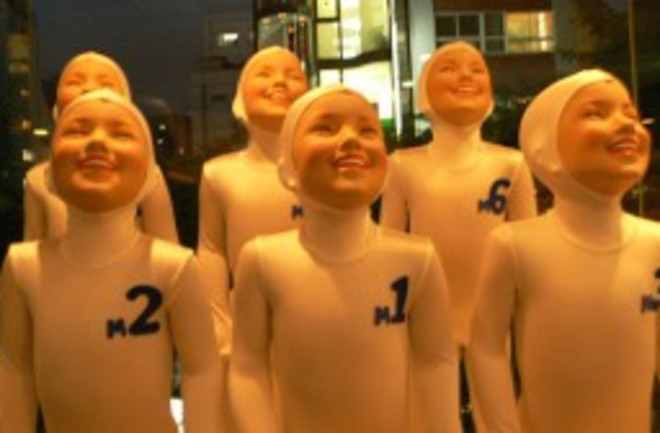 "A thermal manikin is a useful tool to evaluate thermal environments such as clothing, houses and others. A manikin needs to have the following properties: shape and size, heat production, skin temperature, sweat rate, physiological responses and others. So far, no manikin satisfying all these criteria has been available. In the present study, a two-layer movable sweating thermal manikin was newly developed as a trial to compensate for the differences between conventional thermal manikins and the human body. The manikin consisted of two layers, a core section in the trunk and a shell section divided into 17 parts over the whole body, the temperature and heat supply of which could be independently controlled. The manikin is possible to change the posture and to walk. The sweat rate from 180 pores on the skin was controlled by peristaltic pumps. The temperature performance of the manikin was investigated using thermograph. As a result, the surface temperature of the manikin decreased more in the extremities than in the trunk when the manikin was exposed to 18 degrees C after being exposed to 28 degrees C for 20 min. This is analogous to the skin temperature decline in the extremities of the human body."

Related content: Discoblog: NCBI ROFL: This robot is for science…yeah…that's the ticket