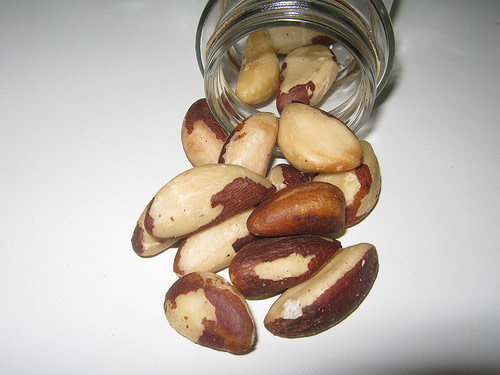 "Brazil nuts are the second most frequent cause of nut allergy in the United Kingdom. We report the case of a 20-year-old woman with documented Brazil nut allergy who developed widespread urticaria and mild dyspnea after intercourse with her boyfriend who had earlier consumed Brazil nuts. Skin prick testing with the boyfriend's semen after Brazil nut consumption confirmed significant reactivity whereas a sample before nut consumption was negative. We believe this to be the first case of a sexually transmitted allergic reaction." Photo: flickr/JorgeBRAZIL Thanks to Per K. for today's ROFL!