NCBI ROFL: Damn girl, you're so hot, it makes me aware of my own mortality. 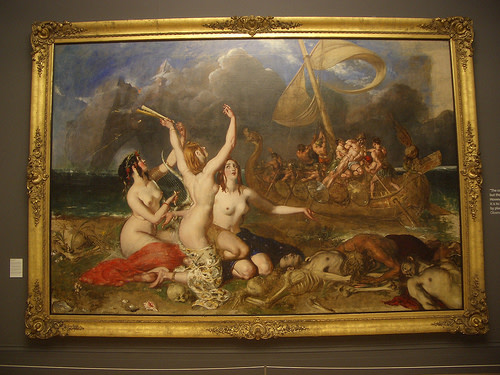 The siren's call: terror management and the threat of men's sexual attraction to women.

"Why do sexually appealing women often attract derogation and aggression? According to terror management theory, women's sexual allure threatens to increase men's awareness of their corporeality and thus mortality. Accordingly, in Study 1 a subliminal mortality prime decreased men's but not women's attractiveness ratings of alluring women. In Study 2, mortality salience (MS) led men to downplay their sexual intent toward a sexy woman. In Study 3, MS decreased men's interest in a seductive but not a wholesome woman. In Study 4, MS decreased men's but not women's attraction to a sexy opposite-sex target. In Study 5, MS and a corporeal lust prime increased men's tolerance of aggression toward women. Discussion focuses on mortality concerns and male sexual ambivalence."

Discoblog: NCBI ROFL: If I could date myself, I would.