NCBI ROFL: Colombo and the clitoris. 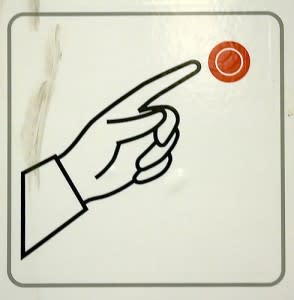 "In 1559, the Italian anatomist Realdo Colombo (1515/6-1559) claimed to have "discovered" the clitoris. Closer scrutiny reveals that whilst he certainly emphasized the role of the clitoris in female sexuality, his claim to priority is unfounded. The clitoris had been known to Greek, Persian, and Arabic writers on medicine and surgery, albeit with misconceptions about its function. Colombo is best known for his definitive description of the pulmonary circulation but here too the question of priority is mired in controversy. Whilst Colombo was an extremely accomplished and successful anatomist, contemporary professional rivalry probably encouraged exaggerated claims of priority. Modern anatomical studies have greatly advanced our understanding of the surgical anatomy of the clitoris, optimising the ability to preserve its function during genital surgery." 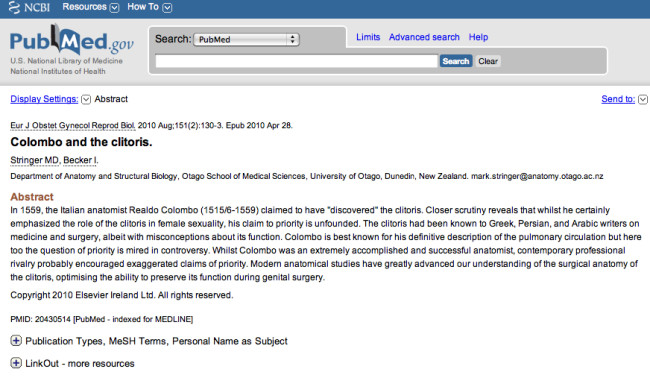