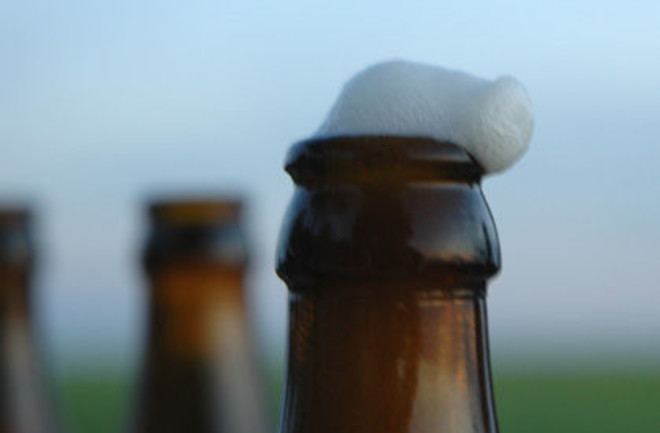 Are hydrophobins and/or non-specific lipid transfer proteins responsible for gushing in beer? New hypotheses on the chemical nature of gushing inducing factors. "Gushing of beer is characterised by the fact that immediately after opening a bottle a great number of fine bubbles are created throughout the volume of beer and ascend quickly under foam formation, which flows out of the bottle. This infuriating gushing phenomenon has been, and still is, a problem of world-wide importance to the brewing industry. It is generally assumed that the causes of malt-derived gushing are due to the use of "weathered" barley or wheat and the growth of moulds in the field, during storage and malting. We now develop a hypothesis connecting several lines of evidence from different laboratories. These results indicate that the fungal hydrophobins, hydrophobic components of conidiospores or aerial mycelia, are gushing-inducing factors. Furthermore, increased formation of ns-LTPs (non-specific lipid transfer proteins), synthesised in grains as response to fungal infection, and their modification during the brewing process may be responsible for malt-derived gushing."

Related content: Discoblog: NCBI ROFL: Are full or empty beer bottles sturdier and does their fracture-threshold suffice to break the human skull?