NCBI ROFL: Bats eavesdrop on the sound of copulating flies. 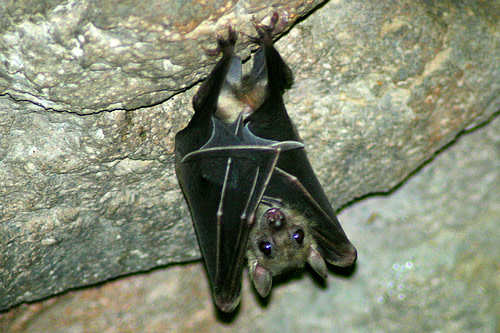 "The idea that copulation might increase predation risk is a classic suggestion, but empirical evidence to support it is surprisingly scarce. While some early work found decreased vulnerability to predation during mating, two lab and one very recent field study documented increased predation during mating in freshwater amphipods, water striders and locusts. Decreased vigilance, less efficient escape responses, and increased conspicuousness of mating pairs have been suggested as mechanisms that might underpin elevated predation risk during copulation. However, these putative mechanisms have never been investigated empirically. Here we describe a bat-insect system within which copulation greatly increases predation risk. We experimentally demonstrate that wild Natterer's bats (Myotis nattereri) 'eavesdrop' on acoustic cues emanating from copulating flies (Musca domestica) in a cowshed. With this evidence, we pinpoint increased conspicuousness as a relevant mechanism for elevated predation risk during mating." 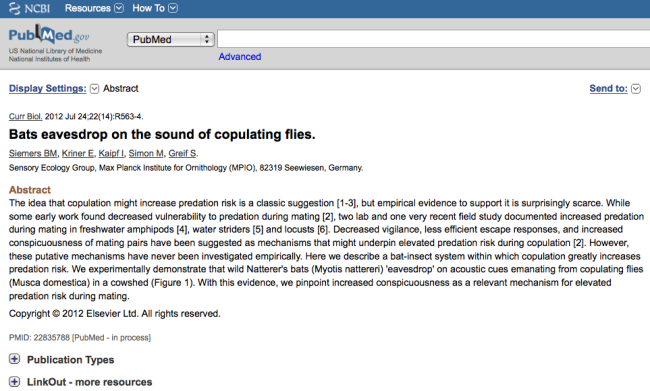