NCBI ROFL: Are birds smarter than mathematicians? Pigeons perform optimally on a version of the Monty Hall Dilemma. 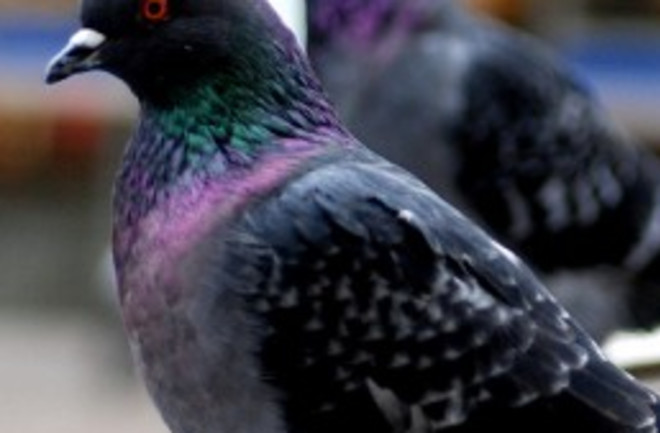 "The "Monty Hall Dilemma" (MHD) is a well known probability puzzle in which a player tries to guess which of three doors conceals a desirable prize. After an initial choice is made, one of the remaining doors is opened, revealing no prize. The player is then given the option of staying with their initial guess or switching to the other unopened door. Most people opt to stay with their initial guess, despite the fact that switching doubles the probability of winning. A series of experiments investigated whether pigeons (Columba livia), like most humans, would fail to maximize their expected winnings in a version of the MHD. Birds completed multiple trials of a standard MHD, with the three response keys in an operant chamber serving as the three doors and access to mixed grain as the prize. Across experiments, the probability of gaining reinforcement for switching and staying was manipulated, and birds adjusted their probability of switching and staying to approximate the optimal strategy. Replication of the procedure with human participants showed that humans failed to adopt optimal strategies, even with extensive training."

Thanks to Rebecca for today's ROFL!