NCBI ROFL: And the most awkward sex of all time award goes to... 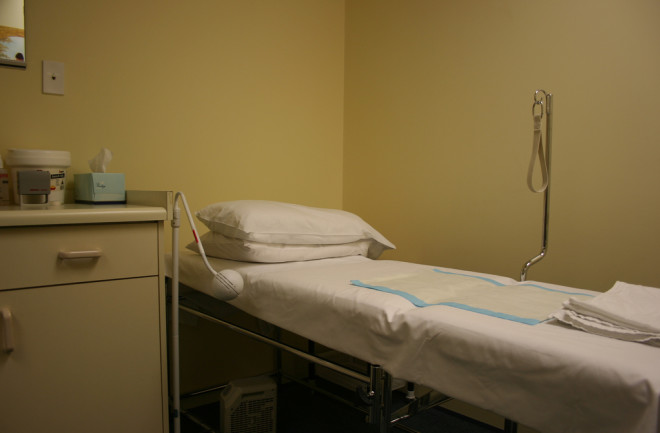 Coitus as Revealed by Ultrasound in One Volunteer Couple. "The anatomy and function of the G-spot remain highly controversial. Ultrasound studies of the clitoral complex during intercourse have been conducted to gain insight into the role of the clitoris and its relation to vagina and urethra during arousal and penetration. Aim. Our task was to visualize the anterior vaginal wall and its relationship to the clitoris during intercourse. Methods. The ultrasound was performed during coitus of a volunteer couple with the Voluson(R) General Electric(R) Sonography system (Zipf, Austria) and a 12-MHz flat probe. The woman was in a gynecologic position, and her companion penetrated her with his erected penis from a standing position. We performed a coronal section on the top of the vulva during the penetration. Main Outcome Measure. We focused on the size of the clitoral bodies before and after coitus. Results. The coronal section demonstrated that the penis inflated the vagina and stretched the root of the clitoris that has consequently a very close relationship with the anterior vaginal wall. This could explain the pleasurable sensitivity of this anterior vaginal area called the G-spot. Conclusions. The clitoris and vagina must be seen as an anatomical and functional unit being activated by vaginal penetration during intercourse."