Private spaceflight companies will carry commercial payloads to the Moon in advance of NASA’s crewed landing slated for 2024. 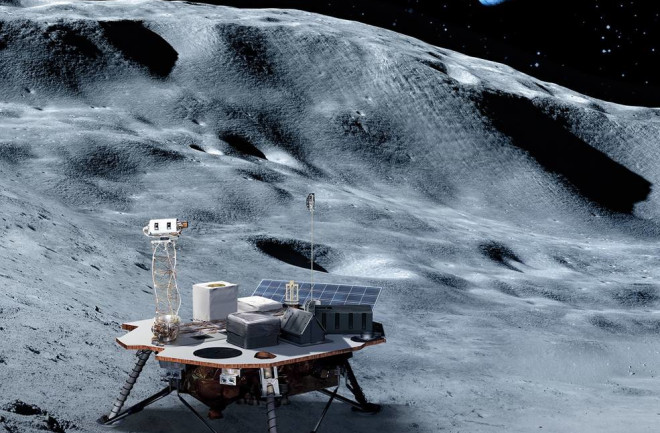 NASA wants to return humans to the Moon by 2024 under a program called Artemis. And this time, they want the stay to be of a more permanent nature. In addition to landing humans on the lunar surface, NASA wants to put a Gateway space station in orbit around the moon, to host the next generation of space experiments and to serve as a waystation between Earth, the Moon, and even more distant targets such as Mars.

To accomplish all this, NASA still needs to understand a lot more about the lunar surface – what it’s made of, what the environment is like, and how to operate everything from communications to energy production to life support to manufacturing.

Gaining that knowledge is the goal of NASA’s Commercial Lunar Payload Services (CLPS) program. Under CLPS, NASA wants private spaceflight companies to fly both private and NASA-approved payloads to the Moon to study it and test new technologies.

NASA has already approved a handful of companies to fly to and land on the lunar surface, as well as a first batch of projects. Now, they’ve announced another dozen they want to see on the Moon in the near future, including five technology demonstrations, and seven science projects.

The science projects NASA selected cover a range of topics. There are a few looking at charged particles and radiation on the lunar surface, in order to better understand the lunar environment. There’s also a more targeted technology demonstration testing a radiation tolerant computer system to better understand how electronics will behave on the Moon’s surface, unprotected by an atmosphere or magnetic field.

Other experiments will test a small rover called MoonRanger that can drive itself beyond a lander’s communication range and then return, widening the range of terrain that future rovers might be able to explore. Another experiment, called Heimdall, will test a new camera system made of four separate instruments built to study the lunar surface both up close and at a distance, in order to map geologic features or potential hazards for landers or rovers.

Other science experiments will study the Moon’s interior, while another set will explore how to best collect samples of the lunar regolith, and how it sticks to machinery during various phases of landing and exploration.

NASA has yet to announce launch dates for these projects, but they hope to start the first batch of CLPS projects flying by the end of the year. The companies that will be taking these newest experiments to the Moon have not been announced yet either. Spaceflight companies Astrobiotic, Intuitive Machines and Orbit Beyond were already announced to be flying CLPS experiments to the lunar surface.