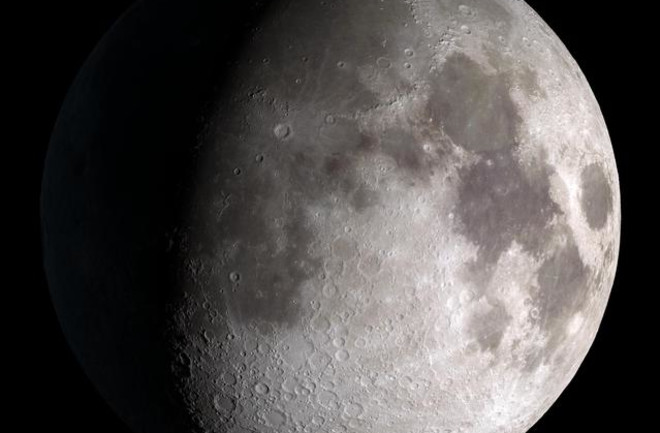 The space agency is dishing out almost $20 million to research creating rocket fuel from material found on the Moon and Mars. (Credit: NASA Goddard)

NASA has awarded a total of $17.4 million to four private aerospace companies to study and produce technologies that could help future space missions create fuel on the Moon and Mars.

The companies include Jeff Bezos’ spaceship company, Blue Origin, as well as Elon Musk’s SpaceX. The other two recipients are OxEon Energy, a Utah-based clean energy company, and Skyre, a Connecticut business focused on compressing, capturing and recycling gases. These companies will now work with NASA and other groups to learn how to create propellants from resources on the moon and Mars, as well as other products that will help with refueling in space.

Learning how to harvest and reuse resources in space is a critical part of humanity’s efforts to explore our solar system. The practice, technically called in-situ resource utilization, or ISRU, means fewer resupply missions from Earth. It would also let ships carry less fuel to orbit, freeing up room for supplies and passengers.

The four companies chosen to work on finding ways to create fuel in space will focus their efforts primarily on using hydrogen and oxygen, as both are found naturally in icy deposits on the moon and Mars.

Blue Origin’s mission is to turn that hydrogen and oxygen into liquids for use as propellant. OxEon Energy will work with the Colorado School of Mines to use electric current to create a chemical reaction that processes the ice, separating out the hydrogen and oxygen. Once the molecules are cooled, they could produce fuel for travel between the Earth and the moon.

Developing a system to make propellant from frozen water, specifically from the moon’s poles, will be the main objective for Skyre. One component of this will be to separate the hydrogen and oxygen while still keeping the product cold. Then, they’ll attempt to use the hydrogen to help create liquid oxygen.

SpaceX’s efforts will focus on creating nozzles that are essential for refueling different spacecraft, including their upcoming vehicle, Starship. However, the nozzles will be important for any large-scale refueling in space. Musk’s space company will work with NASA’s Marshall Space Flight Center in Huntsville, Alabama.

In addition to the groups trying to create propellants, NASA also announced it’s dedicating millions of dollars to developing tech for upcoming rover missions and future expeditions to Jupiter’s moon, Europa, plus other bodies in our solar system.