If it happens, Artemis will take her place alongside Apollo in the grand history of human space exploration. 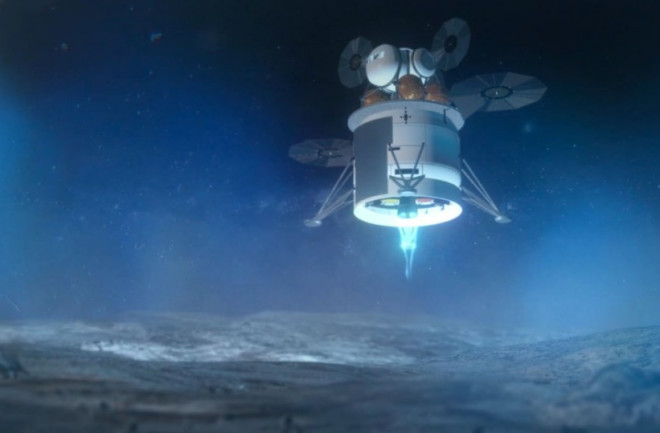 A lander touches down on the Moon's surface in this screengrab from a new NASA promotional video about its plans for 2024. (Credit: NASA)

On Monday night, NASA Administrator Jim Bridenstine announced the space agency has named its planned mission to put humans back on the lunar surface: Artemis. As the Greek deity most associated with the Moon, and the god Apollo’s twin sister, the namesake choice was an obvious fit. On the logistical side, Bridenstine also announced that NASA will ask Congress for an additional $1.6 billion in funding to jumpstart the program.

NASA has not put forward a full budget for the ambitious Artemis program, which the Trump administration says will put humans on the Moon again by 2024. Bridenstine said previous reporting, which rumored Artemis would cost $8 billion annually on top of NASA’s normal budget, was incorrect. He declined to offer a number of his own, however. President Donald Trump also mentioned the lunar plans for the first time last night, tweeting about the $1.6 billion budget increase.

This funding would have to be approved by Congress, and it is unclear whether there is broad support there for such increases. While the exact funding sources weren’t mentioned during the telecon, the overall budget requested by the White House has not increased. Bridenstine did specify that the money is not coming at the expense of other NASA projects.

After nearly 50 years away, NASA hopes to land humans on the Moon in the next five years. (Credit: NASA)

Money isn’t the only challenge to the lunar program. SpaceX and especially Boeing, who contract to build craft and fly missions for NASA, are both facing technological difficulties with their crew-carrying spacecraft just to get humans to the International Space Station. And the space agency itself has seen delays to its Orion capsule, which NASA designed with the intention of sending astronauts into deep space.

Adding to the challenge, NASA does not currently have a craft on hand that can land cargo, let alone humans, on the Moon, and the timelines for developing such missions have continued to slip. Last week, Amazon found Jeff Bezos announced that this spaceflight company, Blue Origin, is building a lunar lander that could help NASA out.

Furthermore, NASA doesn’t currently have spacesuits suitable for lunar exploration, and none of the $1.6 billion is earmarked for suit research and development. The challenges are steep given the tight time constraints to land humans ⁠— and particularly a woman, as Bridenstine has claimed as an additional goal — on the Moon’s surface by 2024, the end of Trump’s potential second term. Whether they can be accomplished depends in large part on whether the funding requested is adequate to meet those goals, and whether it gets approved at all.

But if it does happen, Artemis will take her place alongside Apollo in the grand history of human space exploration. And unlike Apollo, perhaps Artemis will let humans make a more permanent stand on the Moon.