NASA May Scrap Plans for a Permanent Moon Base 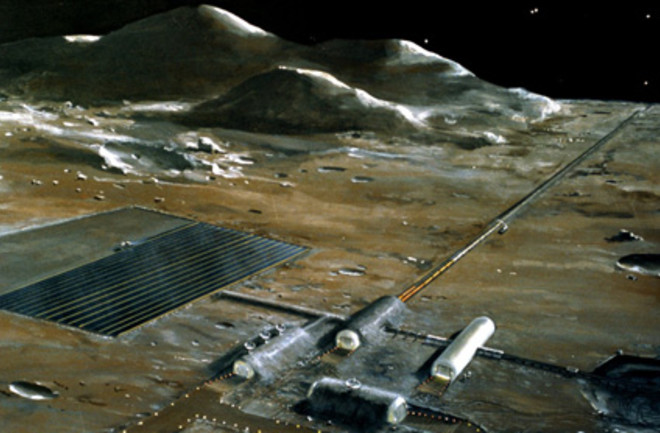 NASA astronauts may not be assigned to a stint at a lunar base anytime soon. A statement by a NASA official suggested that the space agency is likely to scrap the idea of a permanent moon base, but could instead try to speed up other, more ambitious manned missions to explore our solar system.

NASA has been working towards returning astronauts to the moon by 2020 and building a permanent base there. But some space analysts and advocacy groups like the Planetary Society have urged the agency to cancel plans for a permanent moon base, carry out shorter moon missions instead, and focus on getting astronauts to Mars [New Scientist].

When the agency's acting administrator, Chris Scolese, testified before a congressional subcommittee yesterday, he said that the agency probably won't aim to build an outpost on the moon, suggesting that the agency may be following those advocates' advice. The "Vision for Space Exploration" set out by former president George W. Bush in 2004 called for sustained lunar exploration in order to test technologies, like habitation and life support systems, that would be used on a long mission to Mars. But Scolese suggested that NASA is focusing on developing

"flexibility for taking humans beyond low-Earth orbit and allowing us to have options for what we can do at the moon as well as other destinations…[like] Mars or an asteroid" [New Scientist].

When congressional representatives pressed Scolese on whether the agency would retreat from its general goal of returning humans to the moon by 2020, Scolese failed to give a clear answer and suggested that exploration plans are in flux.

What NASA's plans finally include is in part dependent on the as-yet-undecided 2010 budget - due to be released as a detailed proposal this month [The Register].