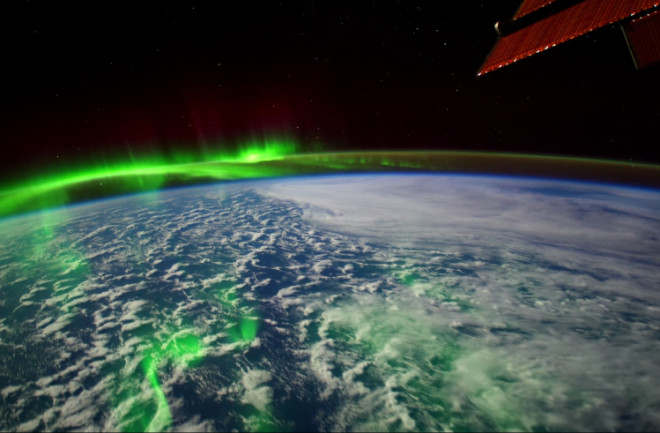 For those of us lucky enough to be in the right place at the right time, viewing an aurora is a near-magical experience. Vast ribbons of electrically-charged particles cast off from the sun bathe the Earth in color as they interact with our planet's magnetic field. This only happens regularly near the poles of course, so many people never get a chance to see these awe-inspiring light shows for themselves. [embed]https://www.youtube.com/watch?v=PBJAR3-UvSQ[/embed] If you happen to be an astronaut aboard the International Space Station, you get to see the aurora from a perfect vantage point. NASA shared its latest video of the auroras, shot from the International Space Station, providing all of us bound to the Earth's surface a unique view of the phenomenon. A series of time-lapse videos captures both the aurora borealis and aurora australis at different times, which appear as thin crescents of brilliant green and purple framed against a velvety backdrop. Although this view is a special one for us, the astronauts aboard the ISS are treated to similar displays quite regularly. Scott Kelly, who returned from the ISS in early March, documented a few of these spectacular auroras during his almost year-long stint aboard the space lab. The video is part of NASA'S TV UHD channel, which offers high-definition videos from the agency's various programs and spacecraft.