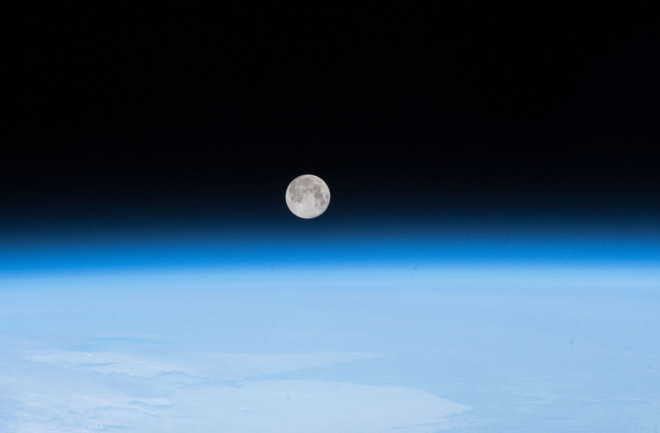 Through new partnerships with private companies, NASA aims to ramp up its efforts to return to the moon. This image of the moon was taken above Newfoundland from the International Space Station. (Credit: NASA)

NASA’s going back to the moon. President Trump signed a directive last year which ordered the agency to make plans for a lunar return, and today the agency took another step on that journey by announcing a slew of commercial partnerships aimed at getting payloads off the ground and moon-bound.

NASA Administrator Jim Bridenstine announced the nine companies that will be the first to participate in the agency’s new Commercial Lunar Payload Services (CLPS) program.

The program is part of the agency’s effort to work with commercial aerospace firms. The space agency will hire one of these nine companies to build the spacecraft that will carry the agency’s equipment and experiments to the moon. The CLPS contracts have a combined maximum value of $2.6 billion over the next 10 years, so companies are eager to win them.

The private companies will be working to build small robotic spacecraft that can carry at least 22 pounds (10 kg) of scientific instruments and equipment to the lunar surface. It is unclear yet what criteria NASA will use to judge the craft and award contracts. The nine companies announced are: Astrobotic Technology, Deep Space Systems, Draper, Firefly Aerospace., Intuitive Machines, Lockheed Martin Space, Masten Space Systems, Moon Express, and Orbit Beyond.

Notably absent from the list are SpaceX and Boeing, though NASA recently ordered a safety review of the two companies, both of which are working to launch crewed missions.

The announcement is part of NASA’s larger goal to get back to the moon, and Bridenstine is enthusiastic about our lunar future.

“We’re trying to very quickly develop an American capability to deliver small payloads to the surface of the moon and then grow from there,” Bridenstine said during the announcement. “We also want to get there fast, so when the human-class landers are there, they have the opportunity to maximize every moment of time that they have,” he added.

Including partners in their moon plans will allow NASA to launch more frequent, cost-effective trips to the moon, which means that more frequent experiments will be able to land, Bridenstine said. They’ll also hopefully be able to explore more of the moon’s surface through these partnerships, Bridenstine added.

Uncrewed lunar missions could begin launching as early as next year, with the goal of sending two payloads to the lunar surface every year for the next 10 years. It is still unknown what instruments or experiments will fly on the first CLPS missions.

“Today’s announcement marks tangible progress in America’s return to the moon’s surface to stay. The innovation of America’s aerospace companies, wedded with our big goals in science and human exploration, are going to help us achieve amazing things on the Moon and feed forward to Mars,” Bridenstine said.