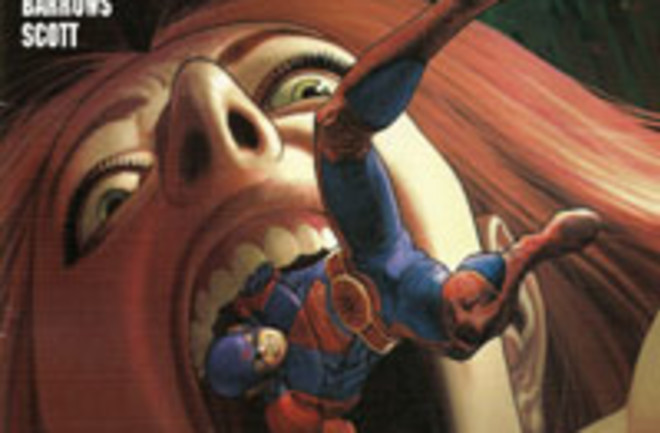 Months ago, I got an email from Gail Simone, a writer for DC comics. They had revived the old Atom comic book, about a guy who can shrink himself but keep his human strength. I remembered reading that when I was, um, younger! So that was cool. She wrote to tell me that she liked including quotations from scientists, and wanted to know if she could use something I had written for the new comic book. Well, duh. I just got my copy in the mail. It actually came out a little while ago, but a comic book store in Illinois (Stand-Up Comics) had it. W00t! Here is the page with my quotation on it:

Does it sound familiar? No? Then try this on for size! So let's see. I have a secret identity (well, until May when I leave my current job). I have a series of goofy, bumblingnemeses. I have been known to wear underwear and a cape in public. And I'm now in a comic book. Yup. No use denying it. I'm a superhero. PZ, you doubted me? Now you will feel my wrath! Wait, that's what an arch-villain would say. Nuts. Well, I'm new at this. Give me time. Will Our Hero ever get used to his new super-role? Will unreason, illogic, and bad thinking destroy civilization and the Earth as we know it? Stay tuned to this blog, Same Bad Time, Same Bad Channel!