Mr. Steven, a Netted Claw-Boat, Could Save SpaceX Millions 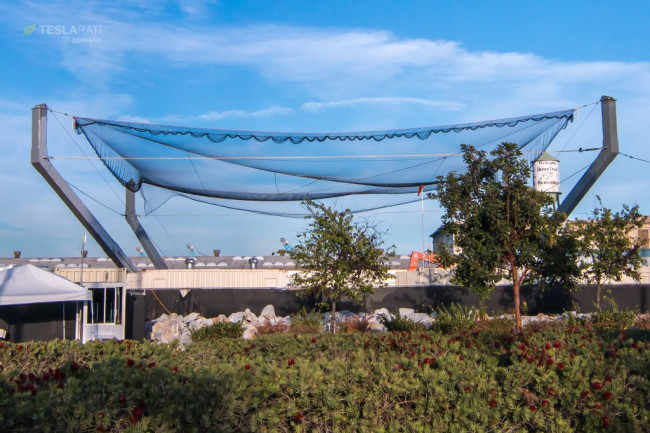 (Credit: Pauline Acalin/Teslarati/Twitter) Mr. Steven is expected to save SpaceX millions of dollars. Mr. Steven, by the way, is a giant boat with a net. Building and launching reliable rockets into space is a costly endeavor, and SpaceX has been hellbent on bringing those costs down since the rocket company...launched. Until recently, spent rockets could only be used once. But Elon Musk, CEO and founder of SpaceX, has proven rockets are reusable, and can coordinate a simultaneous landing. But the cost-cutting can go even further. In 2017, SpaceX successfully launched the first reflight of an orbital class rocket — a huge feat that took 15 years to reach — and managed to also salvage the nose cone from the ship. The cone, called a fairing, returned to Earth thanks to its own thrusters and steerable parachutes, but it didn't land in tip-top shape. A new fairing costs roughly $6 million to produce; therefore, ensuring a soft landing is a priority. SpaceX has been working hard to create some sort of fairing-catcher to ease the landings. At one point Musk mused about using a "bouncy castle" to catch fairings — Mr. Stevens appears a little more realistic. Teslarati photojournalist Pauline Acalin recently spotted Mr. Steven, a beast of a boat, in the Port of San Pedro in Los Angeles. It's outfitted with large claw-like grabbers and a huge net to catch a falling fairing. Since the fairing splits into two pieces to let out its cargo, two Mr. Steven's may be necessary down the road.

SpaceX’s fairing grabber, Mr. Steven, a couple days ago preparing to ship out for Wednesday’s launch at Vandenberg. @Teslarati#paz#Starlinkpic.twitter.com/lfWjUGy56k

Fairings protect satellites and other objects that are being delivered to space. They're made of carbon-fiber and aluminum and are about 43 feet high and 17 feet wide. When you look at the cost of the Falcon 9 ($62 million) and the Falcon Heavy (ranging between $90 million and $150 million), cutting down fairing production costs can add up. Musk ultimately wants to make space travel cheap enough that even Average Joes can access the cosmos—or Mars. Mr. Steven may see some action Thursday (it's been moved twice), as SpaceX is slated to launch two experimental satellites into space. May your net be strong, Mr. Steven, and your will to catch stronger still. Update 2/22: Mr. Steven narrowly missed catching the fairing as it fell after Thursday's launch.

Missed by a few hundred meters, but fairing landed intact in water. Should be able catch it with slightly bigger chutes to slow down descent. — Elon Musk (@elonmusk) February 22, 2018

But here's the netted claw-boat in all its glory. Better luck next time, Mr. Steven.

Going to try to catch the giant fairing (nosecone) of Falcon 9 as it falls back from space at about eight times the speed of sound. It has onboard thrusters and a guidance system to bring it through the atmosphere intact, then releases a parafoil and our ship, named Mr. Steven, with basically a giant catcher’s mitt welded on, tries to catch it. A post shared by Elon Musk (@elonmusk) on Feb 22, 2018 at 6:07am PST 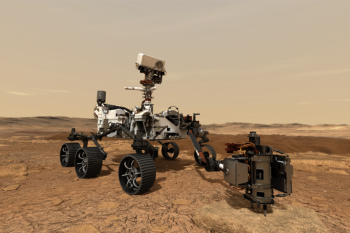 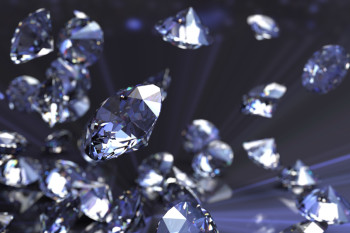 The SciencesOuter Space Is a Treasure Chest of Gemstones