Month of June Will Be One Second Longer This Year 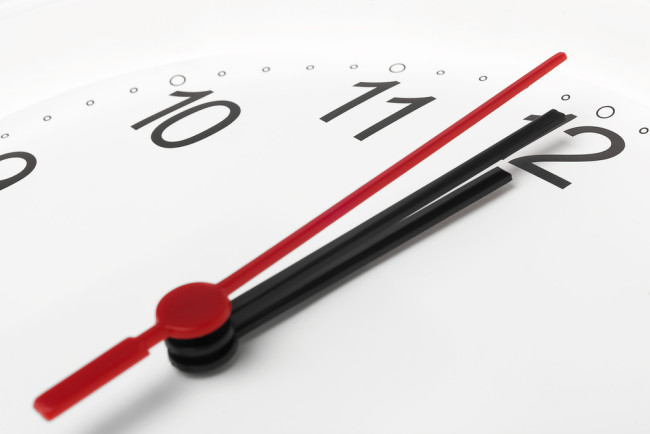 If your birthday is June 30, our planet has a special gift for you this year. Thanks to Earth’s rotation, your special day will last 24 hours and one second. Come midnight Coordinated Universal Time June 30, the official time will read 23:59:60 rather than resetting to 00:00:00. The extra second, or “leap second,” is needed to resynchronize our land-based clocks with Earth’s rotation, which is slowing down ever so slightly each year. This is the 26^th time we’ve added a second to the day since the practice began in 1972.

The Sands of Time

Psychologically it feels like the days pass more quickly as we get older, but the opposite is actually true. Due to tidal forces between the Earth and the Moon, our planet’s rotation is slowing down, adding a whopping 1.4 milliseconds to our days every century. You probably didn’t notice. However, 1.4 milliseconds add up over time. During the time of the dinosaurs, the typical day on Earth was just 23 hours. In fact, the last true 24-hour rotation, exactly 86,400 seconds, occurred in 1820. Since then, the day has lengthened by 2.5 milliseconds, according to NASA. We have these precise measurements thanks to punctual NASA scientists who have been monitoring Earth’s rotation using a technique called Very Long Baseline Interferometry (VLBI).

Adding an additional second to the day certainly won’t ruin the day for the vast majority of people, unless you are an unprepared computer programmer. The last leap second, in 2012, wreaked havoc on popular websites with clocks synced to standard civil time. Websites like Reddit, FourSquare, Yelp and LinkedIn all reported problems with the change. When the clock strikes midnight, the 59^th second is repeated twice, or a 60^th second appears, in order to sync time. However, this puts some computers into a panic because they register this as an error and their CPUs can overload. To avoid this Google added a millisecond of time to their servers with each update so they were caught up with the new time when the leap second occurred. The U.S. wants to avoid all this trouble by eliminating the leap second altogether, but who are we to deny someone an extra moment of birthday bliss?

Pi Day: The History of the Math-Centric Holiday and the Special Number It Celebrates