Microbes in Space Starve, Stew in Their Own Acid 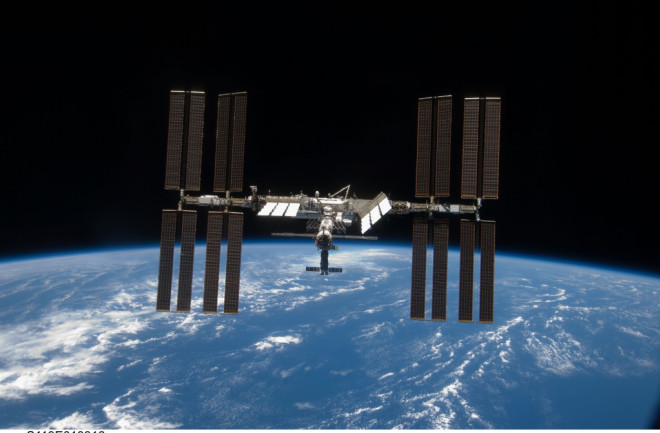 Microbial gene expression experiments were conducted on the International Space Station. (Image: NASA) Astronauts flying long-duration missions in space have been known to suffer substantial health effects: they grow nauseous, lose bone density, and watch their muscles atrophy. These large, human-scale changes are pretty easy to observe, as trillions of cells’ responses to microgravity are compiled into the physiological response of one organism. But what’s happening at the cellular scale? How do single-celled life forms respond when launched into space? Gravity is an aspect of life that we – and all other organisms on our planet – have taken for granted for all but the last 50 years of our 3+-billion year evolutionary journey. This makes it hard to think about ways in which gravity could be hard-wired into biology, as it never represented an actionable variable for evolutionary pressures. By taking life into space, biologists are seeing how gravity affects the cellular environment in fundamental ways. It’s been suspected for years: past experiments have shown that microbial cultures tend to form biofilms more easily, and pathogens become stronger. But a genetic, mechanistic understanding of these processes hadn’t been explored. Luis Zea, a Research Associate at BioServe Space Technologies at the University of Colorado, led a team of scientists hoping to figure out which genes are turned on and off when E. coli is faced with microgravity. The thought was that the lack of gravity would dramatically change the cell culture’s fluid environment: with principles like buoyancy, sedimentation, and convection tossed out the window, molecular movement would be limited to diffusion – a slow process that typically doesn’t take full advantage of a cell’s metabolic potential. To see if they were right, Zea and his team looked at the RNA transcripts – evidence of newly activated genes – from E. coli cultures grown on Earth and cultures grown in space on the same set of nutrients. They report their findings in a recent paper published in PLOS One. Among the 4,313 sequenced transcripts, two classes of genes were produced more frequently in space: those associated with starvation and acidic conditions. Microbes often deal with starvation in a counter-intuitive way. Rather than conserve energy and shut down the energetically expensive protein production process, E. coli does the exact opposite: it transcribes more genes in order to expand the search for alternative carbon sources, regardless of whether they’re available. It’s a last gasp approach that costs a lot of energy, but it means the cell is ready to pounce if a new carbon source becomes available. In space, for example, the cells started making the proteins needed to import and consume maltose, even though maltose wasn’t a part of the nutrient broth. A set of hde genes – which repair proteins after acid damage – was also upregulated in space. These two groups of upregulated genes reveal starvation and acid accumulation in response to microgravity, both of which point to a common cause: a lack of fluid movement and a dependence on diffusion. Under such conditions, the authors write, “the influx rate of nutrients from the bulk fluid into the cell will be reduced and similarly, a greater concentration of excreted byproducts will be present within the transport boundary layer of the cell.” Slow movement of food into the cell means starvation; slow movement of acidic waste products out means pH problems. One potential consequence of the microgravity environment is heightened pathogenicity. On Earth, acidic conditions stimulate virulence genes in Vibrio cholera and Yersinia pestis; if the same principle holds with more acidic cell environments in space, astronauts could face new pathogen challenges during long-duration missions.