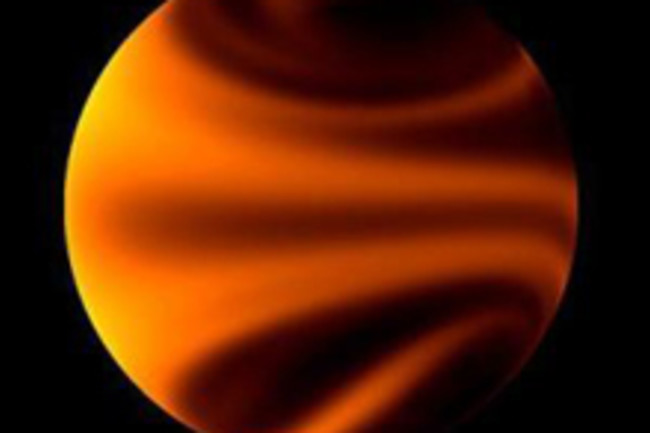 As the tally of known planets beyond our solar system continues to grow, so does the number of them that look familiar—planets close to Earth's size around stars that resemble our sun. Today astronomers announced that they've found a new batch of planets that not only fit that description but also reside in our cosmic neighborhood.

Three planets with masses ranging from 5.3 to 24.9 Earth masses were found orbiting the star 61 Virginis, which is 28 light years from Earth in the constellation of Virgo [Herald Sun]

. That star can be seen with the naked eye under dark skies, and team member Chris Tinney says the system is strikingly like our own, noting that Neptune is only 17 Earth masses. In addition, NASA's Spitzer Space Telescope recently found a ring of dust around 61 Virginis that's about twice the distance from that star as Pluto is from our sun. The region between the newly discovered planets and that disk remains unexplored, the astronomers say, and could be the home of even more planets.

Further afield, the fourth planet discovered has a Jupiter-mass planet orbiting the Sun-like star 23 Librae, which lies in the constellation of Libra. It has a 14-year orbit compared to Jupiter's 12-year orbit and is the second planet found around this star since 2006 [The Telegraph]

. This star is about 84 light years away. Tinney's team found the new exoplanets by detecting the slight gravitational tugs they exert on their stars, and their proximity has him excited for what else might be in our vicinity, astronomically-speaking.

"It looks like there may be many Sun-like stars nearby with planets of about that mass. They point the way to even smaller planets that could be rocky and suitable for life" [Herald Sun]