Mars and an Eclipsed Moon, Lined Up in the Sky 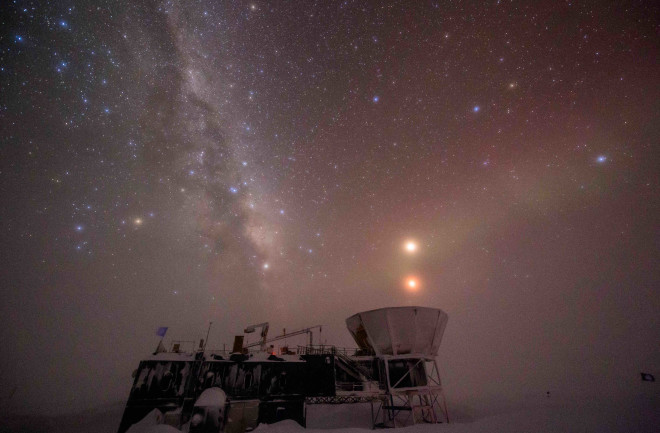 Antarctic researcher Robert Schwarz knew last July’s lunar eclipse would be something special. Not only would Earth’s shadow pass over the moon, but Mars was also unusually big and bright in the sky, making for a cosmic double feature. To capture Mars as it shone above the eclipsed moon at the South Pole, Schwarz spent several frigid hours outside in 25-knot winds, withstanding temperatures of minus 50 degrees Fahrenheit. The astrophysicist’s day job, conducted in much warmer conditions, involves studying the cosmic microwave background — the Big Bang’s leftover energy — using the Keck Array telescope, which is housed within the Spirex Tower that appears directly below Mars and the moon.

This story originally appeared in print as "A Cosmic Lineup."