Mark Your Calendars for a Superb Geminid Meteor Shower 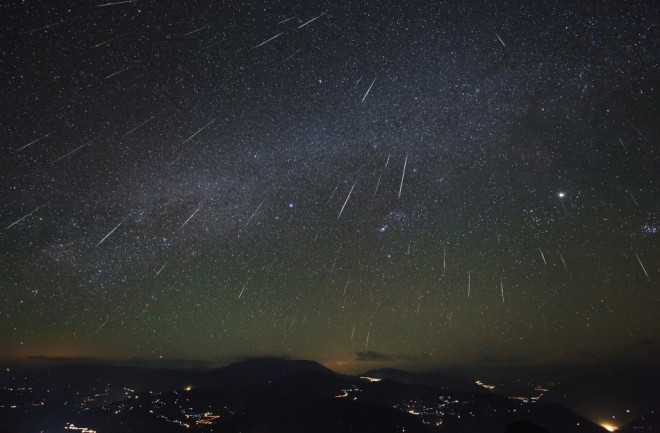 (Credit: NASA) The stars — or at least the Moon — will align this month for a terrific display of meteors. The Geminid shower ranks as both the richest and most reliable of the annual meteor showers. It peaks the night of December 13/14 under a slim crescent Moon, whose feeble light won’t interfere even after it rises around 3:30 a.m. local time.

With the moon but a slender wisp, conditions could hardly be better for this year’s premier shower. (Credit: Roen Kelly/Astronomy) The meteors appear to radiate from the constellation Gemini, which rises around sunset and climbs nearly overhead by 2 a.m. The best views come the morning of the 14th, between roughly midnight and 4 a.m., when observers under a clear, dark sky can expect to see up to 120 meteors per hour. Geminids are the slowpokes of the meteor world. The dust particles hit Earth’s atmosphere at a mere 22 miles per second before friction with air molecules incinerates them, leaving behind a fleeting, incandescent glow. For the rest of December's observing highlights, head to